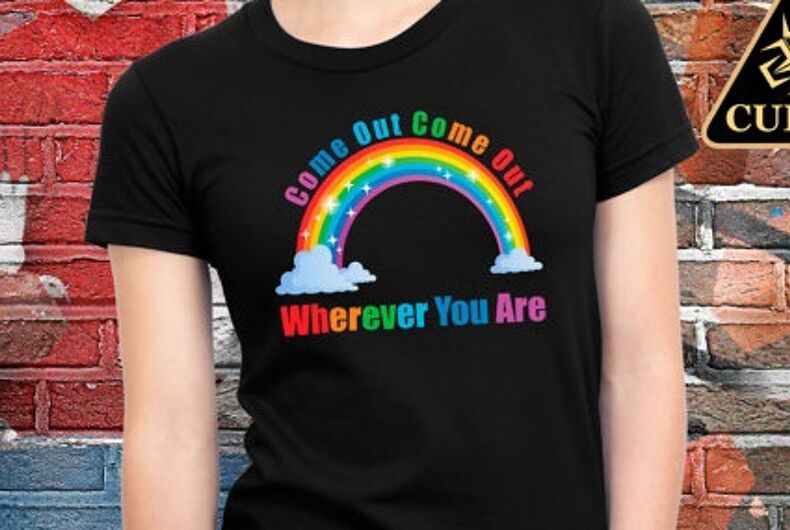 The T-shirt maker said that he wasn't against LGBTQ people, but was against the message of Pride, which is acceptance of LGBTQ people. This is not the T-shirt in question.Photo: Etsy/Cuevez

A divided Kentucky appeals court panel ruled Friday that a Lexington business did not discriminate against an organization by refusing to print T-shirts for a gay rights festival.

Chief Judge Joy Kramer wrote in her opinion that the city’s ordinance prohibiting discrimination based on sexual orientation does not prohibit the owners of Hands On Originals from “engaging in viewpoint or message censorship.” Kramer said the business objected to the message of gay pride, not anyone’s sexual orientation.

“Thus, although the menu of services HOO provides to the public is accordingly limited, and censors certain points of view, it is the same limited menu HOO offers to every customer and is not, therefore, prohibited by the fairness ordinance,” the ruling states.

Lexington’s Gay and Lesbian Services Organization tried to order the T-shirts for the city’s 2012 Gay Pride Festival. An owner of Hands On Originals, Blaine Adamson, refused the order, citing his Christian beliefs.

Judge Jeff Taylor dissented, saying he thought the business did discriminate against the organization since its decision was “based upon sexual orientation or gender identity.”

The case stems from a ruling by Lexington’s Human Rights Commission that found the business discriminated against the organization. Hands On Originals appealed to Fayette Circuit Court, which ruled in its favor. The appeals court affirmed the lower court’s decision.

The board of the Human Rights Commission will decide whether to ask the Kentucky Supreme Court to hear the case after reviewing the opinion, Ray Sexton, the agency’s executive director, told the Lexington Herald-Leader.

“Certainly when cases are decided like this, they may set a precedent for future cases,” Sexton said. “Hopefully that won’t happen here. But we’ll have to take a look at this and see how we’re going to handle it.”

Adamson told the newspaper that he would not object to printing shirts for gays or lesbians as long as the message didn’t promote homosexuality.

“I don’t leave my faith at the door when I walk into my business,” Adamson said. “In my case, fortunately, the legal system worked.”

© 2017, Associated Press, All Rights Reserved.
This material may not be published, broadcast, rewritten, or redistributed.
LGBTQ Pride
Hands On Originals, Kentucky, Pride