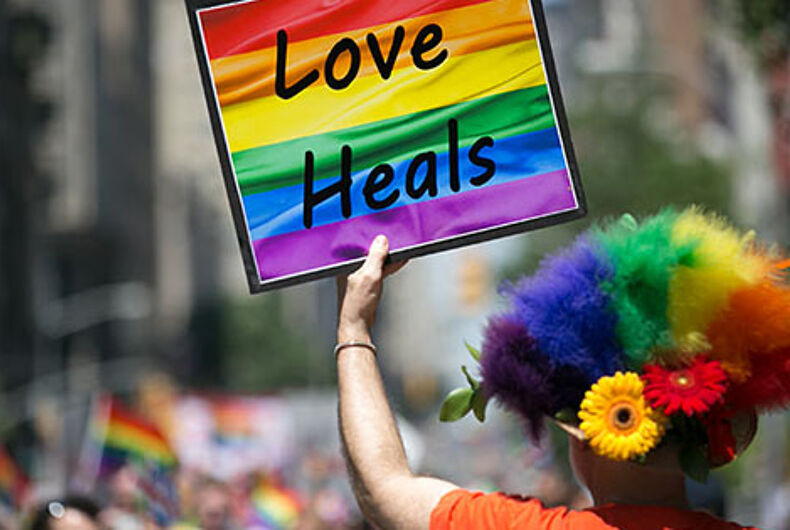 Ready your rainbows and strap on those pumps, New York City Pride will be seen live in fabulous living color this year.

WABC-TV, the Disney-owned and operated station in Manhattan serving the greater NYC metropolitan area, has agreed to broadcast the 48th annual Pride March on Sunday, June 25th. And for everyone beyond New York, New Jersey and Connecticut, the station promises a livestream on its website as well.

Never before has any TV station in the entertainment and news media capital of the world carried what organizer boast is the world’s largest Pride parade live on TV.

“Channel 7 prides itself on being able to bring important, local celebrations of community spirit to as many people as possible,” said Dave Davis, President and General Manager of WABC-TV. “We look forward to making this year’s march the best ever.”

The marchers start shuffling down Fifth Avenue at noon and coverage will continue until 3:00 p.m., according to Unicorn Booty. Pride managing director Chris Fredericks is over the moon about this unprecedented opportunity to bring the world to Pride.

For 7+ years I’ve dreamed about NYC Pride finally getting a broadcast on a mainstream television network. The thought of providing an outlet for those too afraid to come to Pride or those unable to come to Pride was incredibly important to us. As a kid in rural Ohio, if I had the opportunity to turn on the TV and see a sea of rainbows I might not have felt so afraid. Also, this will create an even larger platform for many local non-profits to let their voices be heard. This is why we do what we do and we’re excited to be welcomed into your homes in June on ABC7. #weareproud

BREAKING: The NBA just gave the LGBT community a huge smack in the face