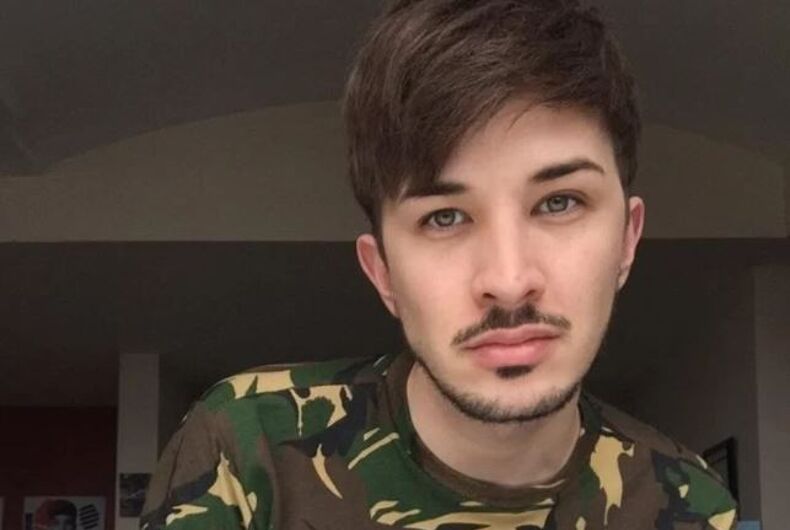 Martyn Hett is one of the confirmed victims of the suicide bombing in Manchester.Photo: Twitter

Martyn Hett has been confirmed by police as the 10th confirmed victim of the attack in Manchester at an Ariana Grande concert.

Hett, 29, had been missing since Monday, and his family and boyfriend, Russell Hayward, were calling for anyone with information about his whereabouts to come forward.

Manchester Police have now confirmed Hett is one of 22 victims, including an 8-year-old girl, of the suicide bombing, which also left 59 injured.

He went to the Grande concert with his friend, Stuart Aspinall, but the two got separated toward the end of the show, Metro reports.

His last tweet was a joke about going to the bathroom at the same time as everyone else during the concert.

“We got the news last night that our wonderful iconic Martyn didn’t survive,” he wrote. “He left this world exactly how he lived, centre of attention.”

“I’m in a really bad way so please forgive if I don’t reply,” he added. “Thankfully I have this wonderful family and amazing friends to keep each other strong. I love you Martyn. I always will.”

His brother, Dan, tweeted the news as well.

they found my brother last night. we are heartbroken.

He also tweeted out the fact that his brother was trending, and imagined he would appreciate that fact.

he would, I think it's safe to say, be fucking loving this. pic.twitter.com/s7ffAWBTPj

Hett, a PR manager, has appeared on the TV shows Come Dine With Me, which he won, appearing alongside Hayward, and Tattoo Fixers.