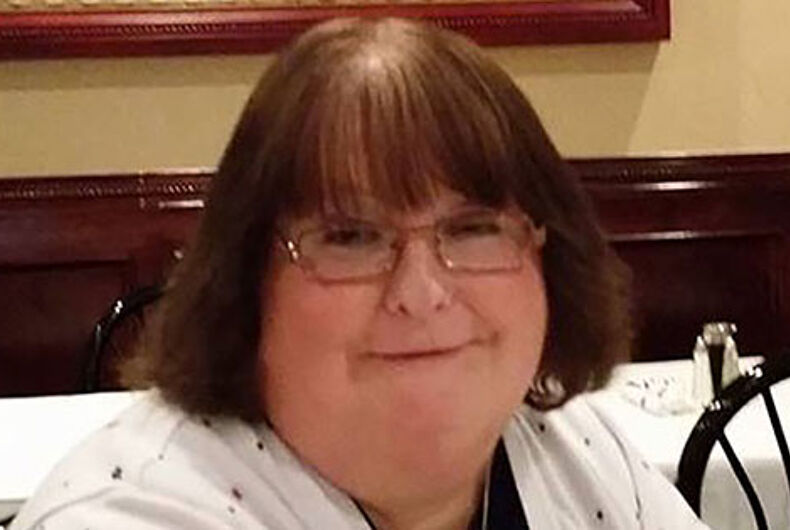 Aimee Stephens is not ready to trust even the supposedly impartial Equal Employment Opportunity Commission to represent her transgender rights case, now that the Trump Administration is in power, according to court documents.

Stephens has put a hold on her appeal of a judge’s ruling last August that her employer was justified in firing her while she transitioned from male to female.

Her attorney filed a motion last month to have the appeal held in abeyance, pending a motion to intervene, according to the court order filed Thursday.

Stephens’ lawyer said in the motion filed Jan. 26 that she “is reasonably concerned that the EEOC may no longer adequately represent her interests.”

In 2013, Stephens told her boss, Thomas Rost that she would be transitioning and would wear gender-appropriate clothing while at work as a funeral director. A week later, he fired her.

Rost said that the “specific reason” he terminated Stephens was because she  “was no longer going to represent himself as a man” but “wanted to dress as a woman,” which he said violated his religious beliefs.

The judge in Detroit, Mich., ruled Rost acted within his rights guaranteed to the free practice of religion, tossing aside Stephens’ rights under Title VII’s prohibition on sex discrimination.

Her attorney’s motion says she made her decision late last month “based on the change of federal administration as well as the federal government’s actions over the past few days,” which may have referred to actions by President Trump and his White House to immediately remove any and all mention of LGBTQ rights or accomplishments on many government websites.

“Ms. Stephens is reasonably concerned that the EEOC may no longer adequately represent her interests going forward. After conferring with counsel, who was finally granted leave by an EEOC trial attorney to contact Ms. Stephens on January 20, Ms. Stephens has decided that intervention is now necessary to protect her interests in this appeal and in any future proceedings. In order to adequately prepare her opening brief on appeal, Ms. Stephens requests 21 days to file her brief in support of her appeal.”

Stephens and the EEOC did not immediately respond to LGBTQ Nation’s requests for comment.

Has Facebook found Jesus? Now it’s targeting us with ‘pray away the gay’ ads