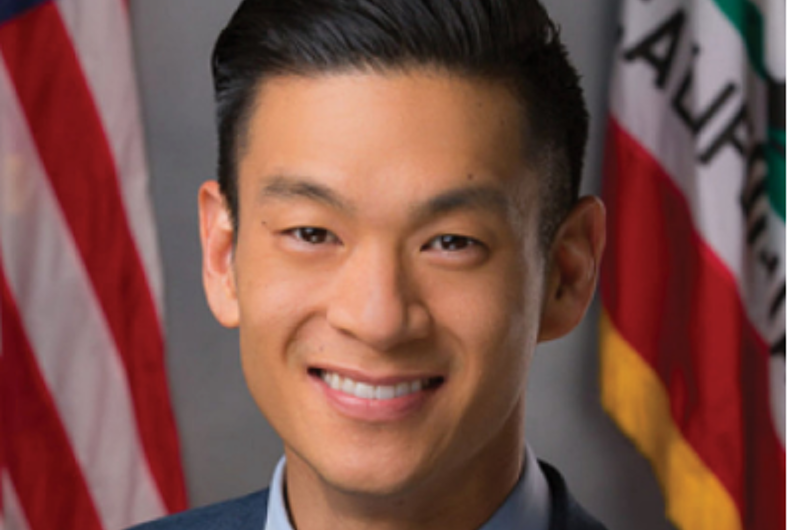 California’s ban on non-essential taxpayer funded travel to four states over their anti-LGBTQ laws has officially gone into effect with the start of the new year.

The bill, AB1887, bans travel to Mississippi, North Carolina, Tennessee, and Kansas, and was authored by gay Assemblyman Evan Low. Gov. Jerry Brown signed it into law in September of last year. It was inspired by North Carolina’s House Bill 2, which invalidated non-discrimination ordinances passed by cities throughout the state and requires transgender individuals to use the bathrooms and locker rooms matching the gender on their birth certificates. A recent repeal effort failed.

Bills limiting bathroom use by transgender individuals were also recently filed in Texas, Virginia and Kentucky. Should they pass, one imagines they too will find themselves on the receiving end of California’s travel ban.

“Our state has clearly said our taxpayer dollars will not fund bigotry or hatred,” Low told The Bay Area Reporter. “If other states try to pass similar laws, we will do everything we can in our power to stop any type of discrimination from happening to Californians. As you know, our zero tolerance policy says there is no room for discrimination of any kind in California and this bill ensures discrimination will not be tolerated of any kind outside our borders.”