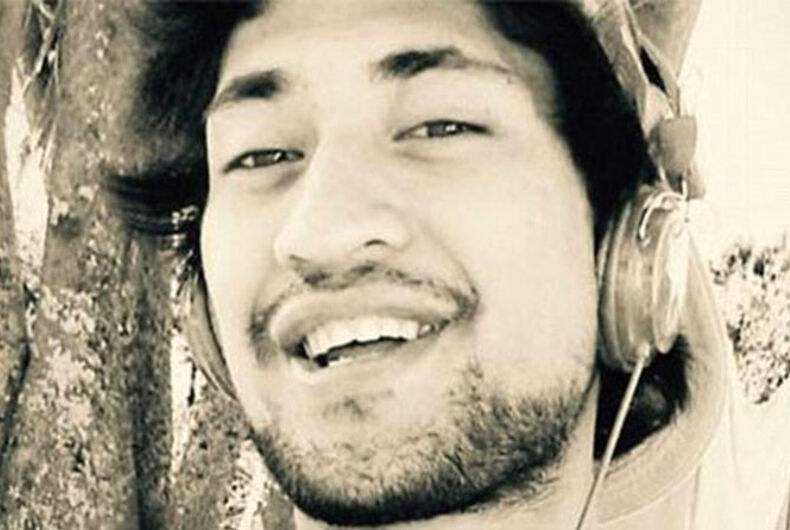 Joth Wilson, 25, is barely alive. He somehow survived a horrible encounter on a bridge in Australia on New Year’s Day, that his husband said was the result of his rejecting the advances of a man who is married to a woman.

Maioha Tokotaua, 33, said he found Wilson unconscious, his body “mangled,” lying under a train bridge in Gladstone, near Queensland. The couple were wed in New Zealand and had returned to Australia to see family for the holidays. They have three adopted children and have helped to raise 15 foster children.

Wilson suffered broken bones, burns, a brain hemorrhage and a severed spinal cord, according to Gay Star News, and remains on life support.

The report said he will likely never walk again, if he lives at all.

Tokotaua claims a man who is married to a woman and has children was harassing the couple on New Year’s Eve, and said the man made an advance that his husband rejected.

He last saw his husband in the hours before midnight, when Wilson left to buy a pack of cigarettes. The couple had resolved to give them up for the New Year.

Tokotaua couldn’t understand why he didn’t return before midnight and so he said he went searching, and found Wilson at 2am beneath the train bridge. His husband’s wallet was missing, he told the Daily Mail.

According to the report, police believe Wilson suffered burns as he hit the power lines as he fell 26-feet down to the railway tracks. However, Tokotaua believes he might have been set ablaze by his attacker, using a ‘chemical or lighter fluid’ that was poured on him.

According to Detective Senior Sergeant Chris Lindsay of the Gladstone police Criminal Investigations Branch, the search for the attacker is underway. ‘The investigation of a third party being involved is still being investigated.’