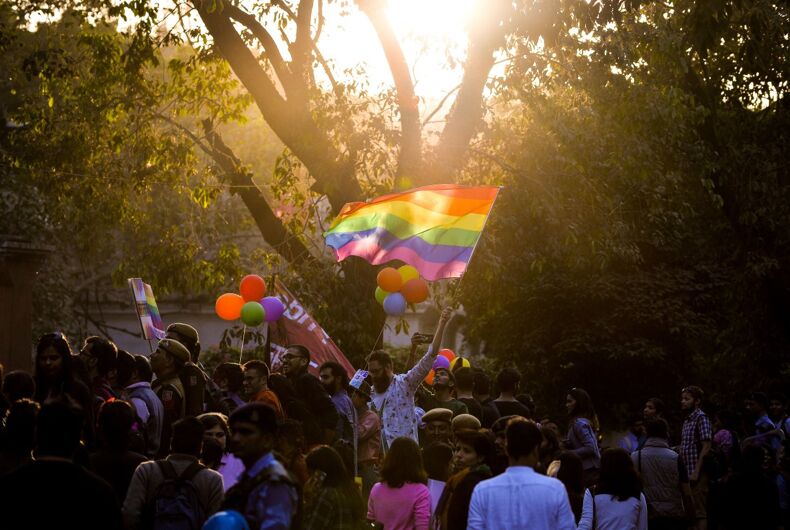 As they marched to the beat of drums, some participants in the annual gay pride parade said much has changed in recent years, with people starting to accept them. But others said India’s right-wing government is against the rights of the lesbian, gay, bisexual and transgender community.

Activists had cheered in 2009 when the New Delhi High Court declared as unconstitutional Section 377 of the Penal Code, which criminalizes homosexual acts. But the judgment was overturned four years later when India’s Supreme Court decided that amending or repealing Section 377 should be left to Parliament, not the judiciary.

The law makes gay sex punishable by up to 10 years in prison.

“There has been a lot of change, and we have gone back also,” said Saurav Jain, a 33-year-old architect who attended the parade.

Rituparna Borah, an activist, was not very hopeful, saying that the Hindu nationalist government of Prime Minister Narendra Modi was not supportive of gay rights. “We have yet to have an inclusive society,” she said.

Over the past decade, homosexuals have gained a degree of acceptance in India, especially in big cities. Many bars have gay nights, and some high-profile Bollywood films have dealt with gay issues.

Still, being gay is seen as shameful in most of the country, and many homosexuals remain closeted.

Is Meg Griffin of ‘Family Guy’ about to come out as lesbian?