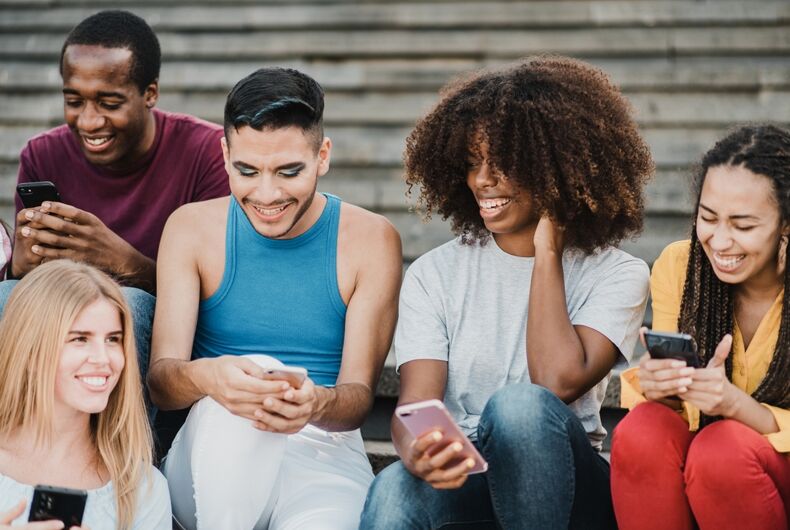 This year, an emu broke the internet.

While social media has been filled with troll-fueled vitriol this year, there are some good people on every platform trying to make it a better place for LGBTQ people to connect with one another and feel less alone.

The nominees are Olivia Julianna, a teen who stood up to a powerful Republican lawmaker and raised millions for reproductive freedom; Dexter Mayfield, an Instagramer who showed us that big is beautiful after he got on the cover of Out magazine; Korynn Dickey, who came out and stood up to her Republican lawmaker dad; Taylor Blake, who educates her followers about wildlife and whose emu stole the show; his followers on TikTok and Instagram about life as a trans dad and promoted protests against anti-trans laws; and Blair Imani, who uses her large platform on to show what it’s like to be Black, queer, and Muslim. 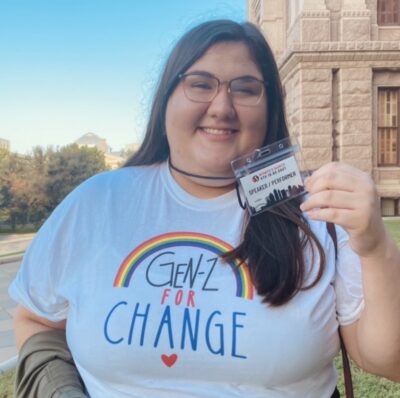 In one of the most shocking, hilarious and ultimately satisfying Twitter feuds of the summer, 19 year-old queer activist Olivia Julianna truly got back at Rep. Matt Gaetz (R-FL) for making a misogynist joke about her, and earned over $2 million for abortion rights in the process.

“Have you watched these pro-abortion, pro-murder rallies?” Gaetz asked a rightwing crowd in July. “The people are just disgusting. Why is it that the women with the least likelihood of getting pregnant are the ones most worried about having abortions? Nobody wants to impregnate you if you look like a thumb.”

“These people are odious from the inside out,” Gaetz continued. “They’re like 5′ 2″, 350 pounds, and they’re like, ‘Give me my abortions or I’ll get up and march and protest.’ And I’m thinking — march? You look like you got ankles weaker than the legal reasoning behind Roe v. Wade.”

Julianna called him out on Twitter, and Gaetz responded by posting her picture with a caption that made it clear that he thought the teen was unattractive.

“My rule is if you’re going to attack me for my looks you better be hotter than me,” she responded. “And to be blunt Matt Gaetz is one of the ugliest things to crawl out of the pits of Florida.”

The response from Gaetz was: silence.

Julianna filled the void the next day with a tweet linking to the Gen-Z for Choice Abortion Fund. “In honor of Matt Gaetz publicly body shaming me, I’ll be fundraising for the @genzforchange abortion fund.”

She raised over a million dollars using the fame Gaetz gave her on Twitter and thanked the congressman as she hit major milestones along the way. 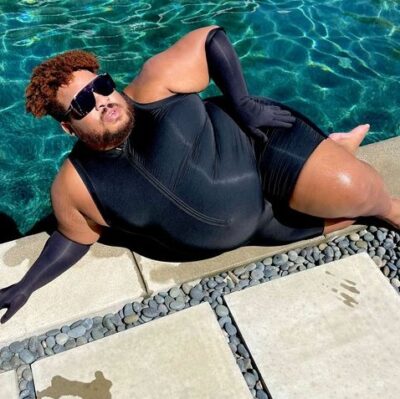 This summer, Out magazine revisited their annual, and long-retired, swimsuit issues, analog thirst traps featuring tight, ripped, and mostly white male models that Abercrombie & Fitch might have featured back in the day.

This summer was the summer of Dexter Mayfield.

In a photo shoot recreating a cover from February 2006 that featured “18 pieces of guy candy” inside, the out and plus-sized Mayfield lounged on a dock wearing an emerald green swim brief by Good American and a chunky necklace from Erickson Beamon.

The 37 year-old Texas native brings the same no-holds-barred style to his almost 200,000 followers on Instagram, where he flirts, flaunts and clearly loves the camera.

In the past few years, Mayfield has modeled on the runway for Rihanna’s Fenty, danced for Jennifer Lopez and Katy Perry, and now sits as a judge for LL Cool J and Chris O’Donnell’s Come Dance With Me on CBS. 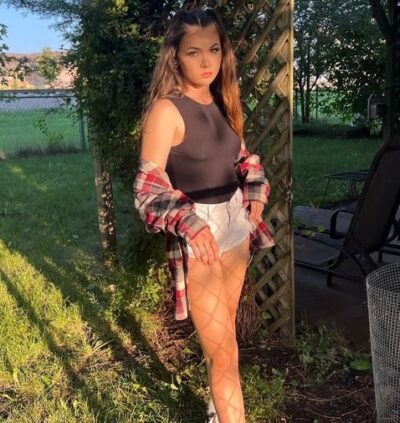 By the end of June, Korynn Dickey had seen enough.

“I had to cut my dad off,” read the TikTok text over Dickey’s online video break-up.

“See, I’m a bisexual Pisces and he is a republican state senator who contributed to taking my rights as a woman away and the possibility of me being able to marry the girl of my dreams one day.”

Dickey’s followers and about a million other TikTokers scrambled to ID the offending dad. Clues included the Iowa football sweat Dickey sported while cuddling a rainbow pillow and swaying to the sounds of MIA’s Paper Planes.

It didn’t take long for internet puzzlers to put Iowa and Dickey together: Iowa state Sen. Adrian Dickey (R) was the object of his daughter’s disappointment.

After the U.S. Supreme Court overturned Roe v. Wade in June, the elder Dickey was urging Iowa’s state Supreme Court to also deny a woman’s right to choose, in the state constitution.

“Yes my dad didn’t vote on roe v wade but he did support this!,” Dickey’s daughter added in the comments. “That’s enough for me to finally cut him off and no longer claim him as a parent.”

In a follow-up video, Dickey said her dad had a role in the GOP effort to discriminate against transgender kids who want to play school sports, as well.

Dickey told The Daily Dot: “When he was elected, I was told to keep my mouth shut” about their political differences. “I did because at the end of the day, I really hoped he had changed.”

Revealing her queer identity publicly on Tucker Carlson’s Fox News show was not on Blair Imani’s bucket list, but that’s how it went down anyway.

In June 2017, Imani showed up to talk about “Outrage Over Taxpayer-Funded Muslim Safe Spaces,” as the chyron described it. When she brought up LGBTQ communities in the same context, Carlson interrupted her: “You’re not here to speak on behalf of those communities.”

“Well,” she responded, “I don’t speak for all Muslims. I actually am a Black, queer woman, in addition to being a Muslim.”

And she was out.

Since then, Imani, has embraced her bisexuality with the same enthusiasm she did becoming a Muslim.

Since then, her Instagram account is where she’s been posting the series Smarter in Seconds, based on her 2021 book Read This to Get Smarter About Race, Class, Gender, Disability and More. The series shows her enthusiasm for life and for enlightening others.

There, in succinct, candy-colored videos, she addresses topics ranging from “coming out” and “people of faith” to “bodily autonomy” and “The United States of America,” racking up tens of thousands of views.

As she told Carlson, “Some of us, like myself, exist in all of those communities. It’s not identity politics when it’s your life.”

Editor’s note: One of the previous 2022 Social Media Hero nominations has been rescinded. The editors of LGBTQ Nation came to this decision after some problematic social media posts from that nominee came to light that showed that this person does not share the values of this website.