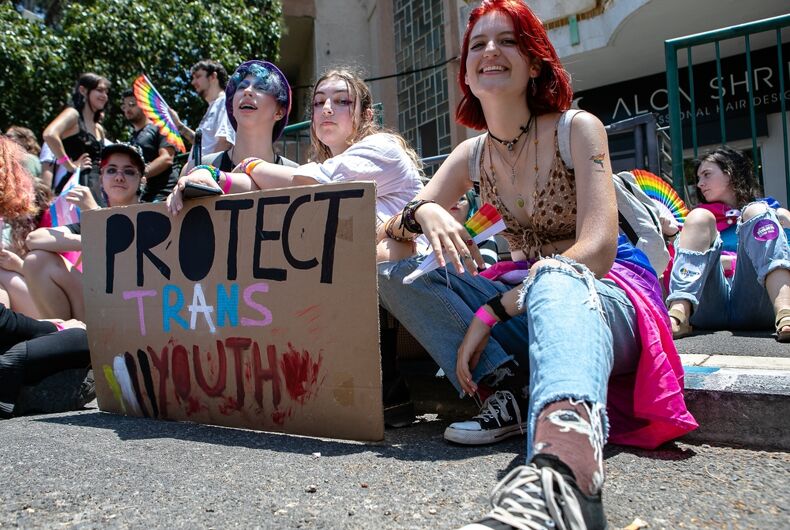 But there have also been people who fought back in courts, in legislatures, in school boards, and in schools. These heroes stood up for LGBTQ youth’s equality and won key victories even as the opposition grew.

This year’s nominees for LGBTQ Nation Hero Defending the Children nominees are teen Izzy Dieker, who spoke out and instigated reforms after she punished at school for saying she’s a lesbian; the Pendleton Heights Gay-Straight Alliance, which won sued their school – and won – when they were forced to keep a low profile; school board chair Kelsey Waits, who did what she needed to do to protect her trans daughter who was outed and harassed; the PFLAG v. Abbott plaintiffs, who stopped the state from investigating the supportive parents of trans kids as child abusers; and Charlee Corra, a teacher and one of the heirs to the Disney fortune who came out to speak out against the Don’t Say Gay law.

These five nominees defended LGBTQ kids’ rights and made the future a better place. Vote now for LGBTQ Nation’s 2022 Hero Protecting the Children. 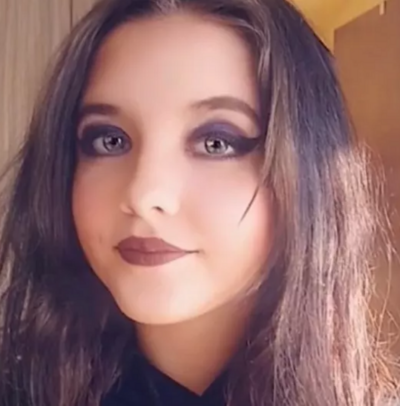 In January 2021, 13 year-old Izzy Dieker was riding home from school in rural Kansas when the driver overheard her tell another student that she’s a lesbian.

That’s when the driver pulled over and wrote Dieker up for “unacceptable language.” When the teen talked to the school’s principal, he told her it was “inappropriate” to use the word “lesbian” near young students and she was suspended.

She said that she became the talk of the school and a target for homophobic harassment because many students took the principal’s side.

Dieker stood up for herself and with some help from the ACLU of Kansas she got the district to conduct a Title IX investigation, which found that anti-LGBTQ harassment was a “pervasive” problem at the school. The district found that the driver and the principal violated both district policy and federal law and were fired.

By August, Dieker’s complaint had led to the school district changing its anti-discrimination policies.

“It made me upset to think that people go through this every day and also that kids are growing up thinking that it’s a horrible thing and they shouldn’t be talking about it at all,” Dieker said, “when honestly it should be the other way around.” 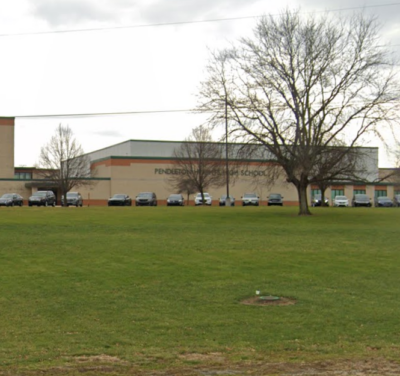 School officials have been stifling the creation of LGBTQ clubs for decades, and they’re still trying.

Students at Pendleton Heights High School in Indianapolis tried to form a gay-straight alliance (GSA), but administration told them to keep a low profile and wouldn’t allow them to advertise their existence anywhere on school property.

With help from the ACLU of Indiana, they sued and won. In December, a federal judge ordered the school to give the GSA all the same privileges that other student organizations have.

“We hope that public schools throughout the state will take notice and forgo future challenges by providing equal treatment to all student groups,” the ACLU said after winning. 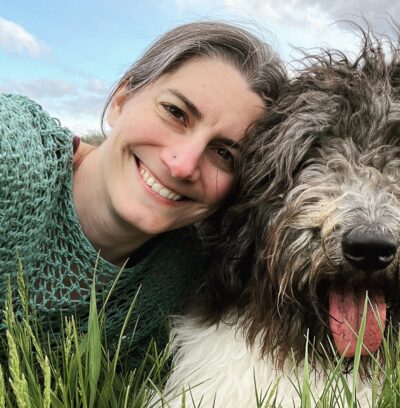 Kelsey Waits was school board chair at the height of the pandemic, making her a lightning rod for COVID-related criticism.

Then conservatives started attacking her daughter.

Waits “should be locked up for child abuse,” one member of the Conservative Parents of Hastings Facebook group wrote. “Her younger ‘daughter’ is actually a boy.”

“This was my most precious secret,” she said. “The thing I protected most and the thing I was most afraid of ever being used in a political way because for me, this isn’t political. This is my family, this is my child.”

As news spread in her town about her daughter’s identity, she and the girl started getting harassed.

So she did what she had to do to keep her daughter safe: she and her family left their dream house and moved.

CNN picked up on the story later that month, which led to an outpouring of support and a rally was held for the family and for trans youth.

“Take a look around,” Democratic candidate Leigh Finke said at the rally. “This is what happens when trans kids are attacked. We show up. We show up and that’s not going to stop.”

In February, Texas Gov. Greg Abbott (R) ordered the Texas Department of Family and Child Services to investigate the supportive parents of transgender children, calling them child abusers and threatening to take their kids away.

In June, PFLAG and three Texas families stood up against the effort and sued to stop the investigations with help from Lambda Legal and the ACLU of Texas.

The next week, a restraining order stopped Texas from investigating parents named in the lawsuit. According to Lambda, any family threatened with investigation could now identify themselves as PFLAG members, shielding them from the discriminatory investigations.

Because they stood up and fought, they helped keep an untold number of transgender kids from being taken away from their families just because their parents supported them living authentically.

“Let’s be clear,” said PFLAG National executive director Brian K. Bond, “these investigations into loving and affirming families shouldn’t be happening in the first place. PFLAG National and our chapters throughout Texas remain committed to ensuring every transgender Texan is safe, empowered, and can thrive.”

In March, Charlee Corra’s family, heirs to the Walt Disney fortune, donated $500,000 to the Human Rights Campaign, amid the run up to passage of Florida’s notorious Don’t Say Gay legislation.

Corra added a personal contribution to the pledge: they came out publicly as trans.

They used their platform to condemn the Don’t Say Gay bill, citing the mental and emotional toll the legislation would take on LGBTQ kids, compounding higher rates of depression, anxiety, bullying and suicidal thoughts they already experience.

“Then to put something like this law on top of that?” he asked. “They can’t learn about their community and their history at school or play sports or use the bathroom they want to use?”

The high school biology and environmental science teacher identified as gay before coming out as trans to family in his mid-20s.

“I had very few openly gay role models,” Corra said. “And I certainly didn’t have any trans or non-binary role models. I didn’t see myself reflected in anyone, and that made me feel like there was something wrong with me.”

Now the teacher is one of those role models.