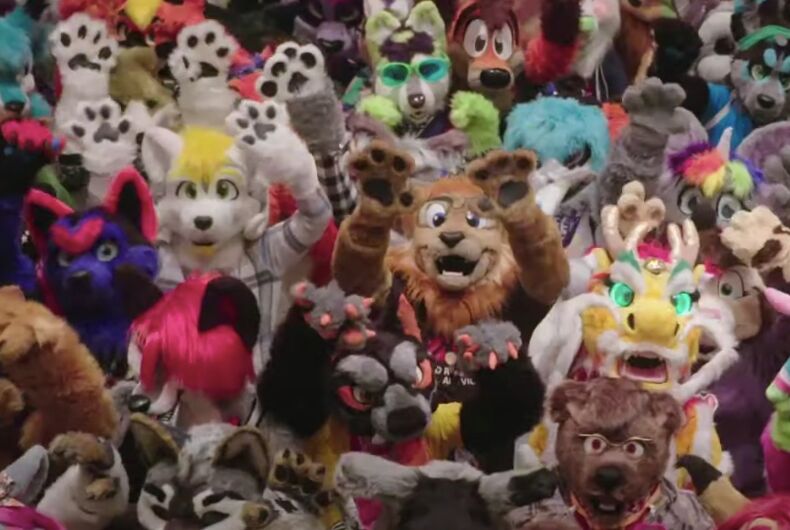 The Roseburg Public School District in Oregon has had to debunk a web hoax started by an angry Facebook post that claimed that its schools were accommodating students who dress up, act like, and identify as animals.

The hoax began as a photo posted last Tuesday on Facebook by a person named Doug Coffman, The News-Review reported. The photo showed a person with a leash around their neck kneeling while another person held the leash and petted their forehead. The now-deleted post received over 800 comments in just eight hours. Some of the commenters threatened to go to schools and assault students.

In the original post, Coffman wrote, “This is the bulls**t my kids have to see at school!!! Kids identifying as furry’s!! I am so pi***d and sick and tired of this BS!!!”

In response to Coffman’s post, Roseburg Public Schools Superintendent Jared Cordon wrote an email to parents stating, “This is not happening in our schools and we have not heard of a single instance in which this is occurring in any other school district. These rumors are completely baseless.”

“While we do encourage our students to express their creativity and individuality, I can assure you that all of our students are required to act like humans on our campuses,” Cordon’s email continued. “We take disruptive behavior seriously, and work to ensure all of our students can focus on learning and gaining the skills needed for future success.”

Superintendent Cordon encouraged any parents concerned about their child’s learning or well-being to “follow the appropriate steps and contact building administrators.”

“Spreading misinformation on the internet and social media has led to threats against children, which is unacceptable and is not an effective way to resolve issues,” he concluded.

Various right-wingers have lied about schools recognizing furries as a gender identity. In reality, such stories are meant to bias people against transgender individuals and against transgender-inclusive school policies, since they are designed to mock the idea of living as one’s authentic self.

Stories about students identifying as house pets and demanding litter boxes have built upon a lie started by Michigan activist Lisa Hansen. Because Hansen opposed federal regulations allowing trans students to use school restrooms matching their gender identities, she claimed that students who identify as cats were allowed to use litter boxes in one school’s unisex restroom.

A Michigan school superintendent was forced to write an email to parents debunking such a lie. Nevertheless, the lie has been repeated by right-wingers, including by Nebraska Sen. Bruce Bostelman (R).

Since then, Rep. Lauren Boebert (R) has claimed that a father in Michigan told her that his son got into trouble when he stepped on the tail of a student who identified as a furry. Similarly, Christian hate pastor Aaron Thompson and anti-LGBTQ televangelist Andrew Wommack both said that schools allow students to identify as animals and demand litter boxes in classrooms. Michigan Republican Party Co-Chair Meshawn Maddock also repeated the lie.