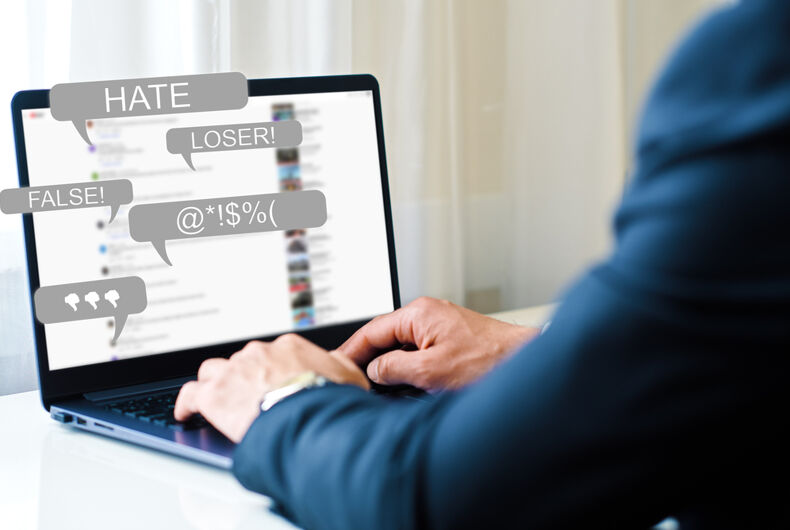 This week, Twitter confirmed that the term “groomer” is banned as hate speech on the platform under its Hateful Conduct policy.

Facing calls for the social media company to follow the lead of other platforms like Reddit, Facebook, and TikTok which ban the term when used to imply a link between the LGBTQ community and pedophilia, a Twitter spokesperson sent the following statement to The Daily Dot.

“We are committed to combating abuse motivated by hatred, prejudice, or intolerance, particularly abuse that seeks to silence the voices of those who have been historically marginalized. For this reason, we prohibit behavior that targets individuals or groups with abuse based on their perceived membership in a protected category,” Lauren Alexander, Twitter’s health product communications lead, said in an email. “Use of this term is prohibited under our Hateful Conduct policy when it is used as a descriptor, in context of discussion of gender identity.”

Twitter also addressed accusations that it was not actually enforcing this policy. “We recognize we have more work to do to ensure this content is addressed in a timely and consistent manner and we continue to invest in our automated tools and people teams to identify and address gaps in our enforcement.”

Earlier in the week, The Daily Dot reported a tweet in which rightwing commentator James Lindsay called a transgender woman a “groomer.” Twitter declined to remove the tweet at the time, claiming it was not in violation of the platform’s safety policies.

Chris Rufo: This is just like North Korea pic.twitter.com/t0fDZ7RDW5

In the wake of Twitter’s decision to enforce the policy, far-right commentators are now insisting that the term “groomer” has nothing to do with the LGBTQ community.

Christina Pushaw, Florida Gov. Ron DeSantis’s (R) press secretary, tweeted that “‘Groomer’ isn’t an anti LGBTQ slur. It’s a description of an evil behavior that sick adults of all sexual and gender identities engage in. Why do you conflate this behavior with LGBTQ?”

“Groomer” isn’t an anti LGBTQ slur. It’s a description of an evil behavior that sick adults of all sexual and gender identities engage in. Why do you conflate this behavior with LGBTQ?

Lindsay claims he uses the term to refer to both sexually predatory grooming and indoctrination into what he calls “queer Marxist ideology.”

“I call people who engage in either of these grooming behaviors ‘groomers’ because it’s wrong to do and because that’s what they’re doing: grooming,” he told the far-right website The Daily Caller.

Except that is not the definition of the term as it has been used for years by those who work to end child sex abuse. “Grooming” is a set of manipulative behaviors sexual predators use to gain access to potential victims, coerce them to agree to the abuse, and reduce the risk of getting caught, according to the Rape, Abuse & Incest National Network (RAINN). The process usually involves training the victims to keep secrets from adults they trust and desensitizing them to sexual discussions and touching.

The victims of child sex abuse have spoken out against conservative commentators’ attempts to expand its meaning to include the act of presenting new ideas to a child, saying it makes it harder to speak about child sex abuse.

Critics say conservative users and anti-LGBTQ activists like Chaya Raichik (who operates the account Libs of TikTok) have been using accusations of “grooming” to spread hateful rhetoric targeting the LGBTQ community on Twitter. The rampant misinformation has led to proposed laws in multiple states banning drag shows and numerous protests at Pride celebrations, drag queen story time events, and drag performances this summer.

Nightclub kicked out gay patrons for looking “too homosexual.” The backlash was swift.

Suicide prevention is the mission during war at Lifeline Ukraine