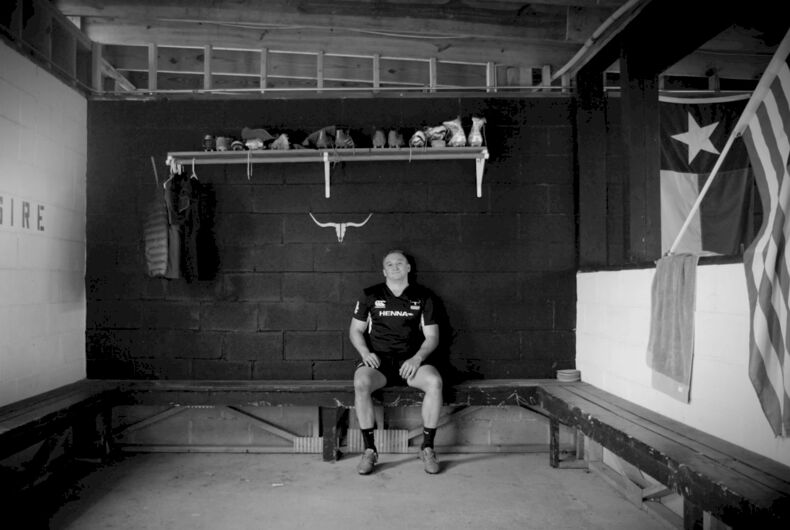 Texas rugby player Knute O’Donnell is sharing his story of self-acceptance and coming out this Pride month. In a short documentary for Texas-based broadcaster and streaming platform FloSports, the 29-year-old, who plays for Austin rugby club the Austin Blacks, describes dealing with crippling anxiety and self-hatred that led him to suicidal ideation.

“I was putting things into my body, I was just hoping that I wasn’t gonna wake up anymore.”

When he finally got help, O’Donnell says his sexuality was a major topic of discussion with his therapist.

“Why do I have so much…self-hate?” he recalls thinking. “The reality is, you’re putting so much more pressure on yourself because you can’t just be yourself.”

O’Donnell further describes what it was like revisiting this painful time in a new essay for OutSports. “You forget how much trauma you bury until you go to therapy, and certain interview questions in the video reignited those traumas,” he writes. “It was important to go back through these events no matter how difficult. It reminded me how far I have come and ultimately made me feel like a burden was lifted.”

O’Donnell says his biggest fear was losing friends when he came out. And initially, his best friend advised him against telling their other friends.

“I did lose a couple friends, but not as many as I originally thought,” he says in the doc.

His family and Austin Blacks teammates were a different story.

“When I told my rugby teammates in Texas the news, they immediately embraced me, and it made all my relationships stronger,” he writes. “All my teammates are straight, and we play a very macho sport in a top division of rugby here in the U.S., so the fear of not being accepted or ridiculed was constantly present.”

The team instead accompanied O’Donnell to Austin’s Pride celebrations in 2018 and 2019.

But as O’Donnell tells his inspiring story of gay acceptance, the world of sports continues to grapple with trans inclusion. This week, the International Rugby League announced a temporary ban on trans women from women’s matches as it conducts research and finalizes its inclusion policy.

“The IRL will continue to work towards developing a set of criteria, based on best possible evidence, which fairly balance the individual’s right to play with the safety of all participants,” the league said in a statement.