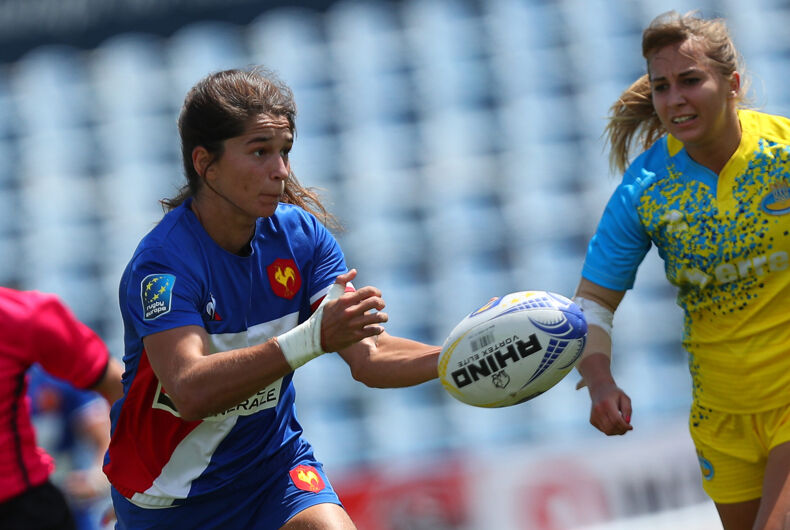 This week, the International Rugby League announced a temporary ban on trans women from women’s matches as it conducts research and finalizes its inclusion policy.

“Until further research is completed to enable the IRL to implement a formal transgender inclusion policy, male-to-female (transwomen) players are unable to play in sanctioned women’s international rugby league matches,” the league said in a statement.

“The IRL reaffirms its belief that rugby league is a game for all and that anyone and everyone can play our sport,” the statement continues. “It is the IRL’s responsibility to balance the individual’s right to participate—a long-standing principle of rugby league and at its heart from the day it was established—against perceived risk to other participants, and to ensure all are given a fair hearing.”

“Women’s rugby league is the most physical contact sport and skillful sport for women in the world,” IRL Chairman Troy Grant tells Australia’s Star Observer. “Player safety is our paramount concern, and we don’t have enough information at this time to allow transgender participation.”

FIFA and World Athletics—the international governing body for sports like track and field, cross country running, etc.—also announced this week that they are examining their current eligibility rules.

“We have to protect the rights of our athletes to compete, but we also have to protect competitive fairness at our events, especially the women’s category at FINA competitions,” said FINA President Husain Al-Musallam.

A spokesperson for FIFA declined to comment on the process, but World Athletics president Sebastian Coe praised FINA’s decision. “We have always believed that biology trumps gender,” Coe told BBC Sport, “and we will continue to review our regulations in line with this. We will follow the science.”