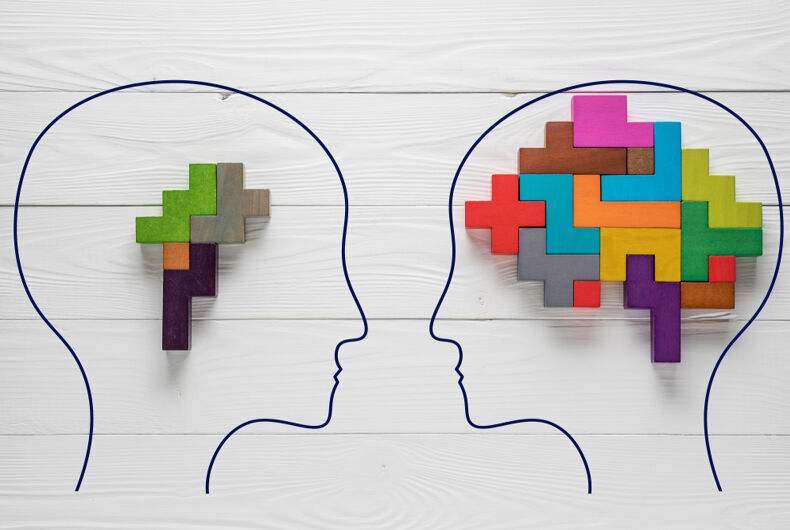 There used to be a time when passing a law like same-sex marriage rights meant safety and security for those involved. However, if the controversy surrounding the draft to overturn Roe vs. Wade shows us anything, it’s that nothing is set in stone⁠—even if it once seemed that way.

It’s never been more critical for minority groups, such as the LGBTQ community, to keep up to date with what’s happening in the political sphere. So far in 2022, GOP lawmakers have historically pushed forward hundreds of state bills seeking to erode rights for queer teens, children, and their families. This includes diminishing protections for transgender and gay youth and restricting discussions about LGBTQ topics in public schools.

It’s time to make sense of the massive disaster that is our political process and level the playing field. Using governmental resources, such as the US Senate or US Representatives website, and trusted independent sources for drafts and votes like WeWillDecide, to help gain an unbiased and complete picture of the situation.

There’s a way to level the political playing field and it’s called keeping score. Our politicians need to feel about the American public like the American public feels about the IRS during an audit. Knowledge is power, and, in this case, means knowing exactly how your congressman and representatives are voting and how this aligns with your own political ideals.

Data from LGBTQ rights advocacy group, Freedom for All Americans, suggests that the number of bills filed with measures to restrict LGBTQ rights has nearly quadrupled over the last three years. With over hundreds of measures pending in state legislatures across the country, the impact of informed and engaged voters could make the difference between these bills passing or not.

Using online tools to track drafts, votes, and proposals can reveal how larger change is built incrementally. Just think about who will become the next Supreme Court justice. Who votes makes a significant difference. For example, the LGBTQ community is severely underrepresented in Congress, with just 2.1% representation compared to 5.6% of the American population. How many restrictive bills would pass if the LGBTQ community was better represented?

A Right to Feel Safe

While we might not be able to create representation in Congress instantly, we can ask politicians to be allies and hold them accountable for their actions. Votes and drafts are a marker of who that politician is, so unbiased, factual records are favorable to sensationalist media. That way, we can make our own opinions on whether Roe vs. Wade is the tip of the iceberg when it comes to revoking rights.

We can all see that the war on abortion has nothing to do with babies – it is all about the control of populations. Women’s rights and LGBTQ rights have historically been aligned as both have faced violence and restrictions. Like women, those in the LGBTQ community also have a right to feel safe within our systems, with individual freedoms protected. The possibility of Roe vs. Wade being overturned has made us question the safety of everyone.

All minorities combined creates a majority, and this is when change can start to happen – but we have to do the work. The bottom line is if all minorities are protected, everyone is protected. If some of us are safe and others aren’t, none of us are safe: it’s going to show up on everyone’s doorstep eventually.

We live in an age of fear-driven politics, and keeping the mechanisms of politics shrouded in secrecy and jargon is a tactic for disempowering the voting public. Knowing your representatives through online research is the best start to being your own political advocate. How else can you avoid aligning yourself with the GOP congressman trying to ban teachers from talking about LGBTQ issues with students without parental consent? Bill proposals rarely show up in the news, but they make it clear to see what a congressman is actually about.

Understanding and awareness come through critical thinking and help us build resilience to the noise. Keeping the process secret is dangerous and ingrains the belief that there’s nothing we can do to affect our situation. Humanizing our politicians and making information free and easily accessible is one way we can take the fear out of politics and communicate better with each other to make change happen.

Politicians bank on making people afraid and apathetic. If they can keep the American public in flight, flight, or freeze mode, they win when people are too distracted, exhausted, or broken down to make informed decisions. However, when enough informed people care and make an effort, tangible change will occur.

The legalization of same-sex marriage in Ireland is a fantastic example of people-power. In 2015, Irish citizens living abroad returned home in droves to make their vote as they were unable to vote from overseas or by proxy. The #hometovote took off on social media as people came together to support the LGBTQ community by sharing their experiences and encouraging each other to vote.

Politicians have been singing the same song and dance for so long, and it’s going to be up to young people, women, people of color, and the LGBTQ community to work together to shake things up. Rather than doom-scroll, why not use five minutes to search out unbiased political information or check your voter registration status instead? It’s time to learn we’re our own best advocates.

Kelly Riordan, the founder of Wewilldecide.com and a healthcare worker, is a typical frustrated voter that knew she could create a better way for the average person to obtain their political information without bias. She has no experience in politics, which she feels is an advantage in several ways, and gives her a unique point of view over those who specialize in it.