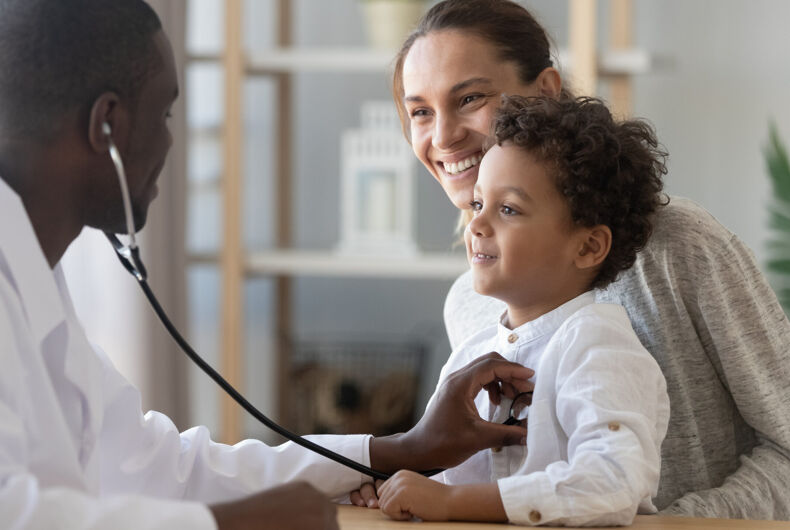 Last Friday, Judge Liles C. Burke of the U.S. District Court for the Northern District of Alabama temporarily blocked parts of the law that made it a felony to prescribe hormones and puberty blockers to trans youth, saying that the law is likely to cause irreperable harm if it goes into effect while the lawsuits works their way through the court system.

Burke’s decision said parents have a fundamental right to provide their children with medically-accepted treatments. Hormones and puberty blockers are used to treat various medical conditions in non-trans youth. But since Alabama’s law only sought to punish the drugs’ use by transgender youth, the lawsuit alleged that this part of the law was driven by unconstitutional sex-based discrimination.

Burke allowed other parts of the law to stand, including one requiring school teachers and nurses to out trans students to their parents and another forbidding doctors from performing gender-affirming surgical procedures on trans youth.

“Doctors had testified that such operations were not being performed on children in Alabama before the law had been enacted,” The New York Times noted.

Alabama lawmakers said that the transphobic law is meant to protect kids from “irreversible” and “experimental” medical treatments “aggressively push[ed]” by doctors and “ideological interest groups,” state lawyers said in court documents. But Burke said Alabama failed to provide “credible evidence to show that transitioning medications are ‘experimental,’” adding that hormones and puberty blockers are “well-established, evidence-based treatments for gender dysphoria in minors.”

“Parents, pediatricians and psychologists — not the state or this court — are best qualified to determine whether transitioning medications are in a child’s best interest on a case-by-case basis,” Burke wrote in his decision.

When signing the bill into law, Alabama Gov. Kay Ivey (R) said, “I believe very strongly that if the Good Lord made you a boy, you are a boy, and if he made you a girl, you are a girl. We should especially protect our children from these radical, life-altering drugs and surgeries when they are at such a vulnerable stage in life.”

However, her religion-based opinion goes against the best practices of trans-related pediatrics outlined by the American Academy of Pediatrics, the American Medical Association, and the American Psychological Association. The organizations find that gender-affirming medical care is medically necessary and reduces suicide and depression among trans youth.

In the program, Oliver interviewed 15-year-old transgender girl Harleigh Walker, who said, “If I did stop my gender-affirming care, my physical outside wouldn’t reflect who I was inside, and that would, like, completely destroy me mentally and physically.”

Oliver said, “If you can look at Harleigh, or any child, and comfortably say, ‘Take away their care that gives them peace and a sense of self,’ you are a bad person.”

During a hearing in front of the Alabama legislature last year, Dr. Morissa Ladinsky explained that surgery and hormonal therapy for trans youth both involve “lengthy informed consent [and] lengthy mental health oversight.”

Oliver quipped, “Of course, doctors are going to be thoughtful and rigorous when caring for their patients because, unlike the Alabama Legislature, they actually care about kids’ well-being,”

“To trans children in Alabama right now… you are important,” Oliver added. “Your lives are important. I cannot imagine trying to build self-esteem in childhood as your own government attempts to undermine your very existence, but you should know: You are profoundly valuable and you are irreplaceable.”

These laws are part of a larger nationwide push by Republicans to pass laws targeting LGBTQ youth. Other such laws have attempted to ban trans youth from playing sports or to ban any LGBTQ content from classrooms. These bills’ supporters have said that anyone who opposes the laws are pedophilic “groomers”, language which encourages violence against LGBTQ people and allies.

This dog is the new face of online homophobia