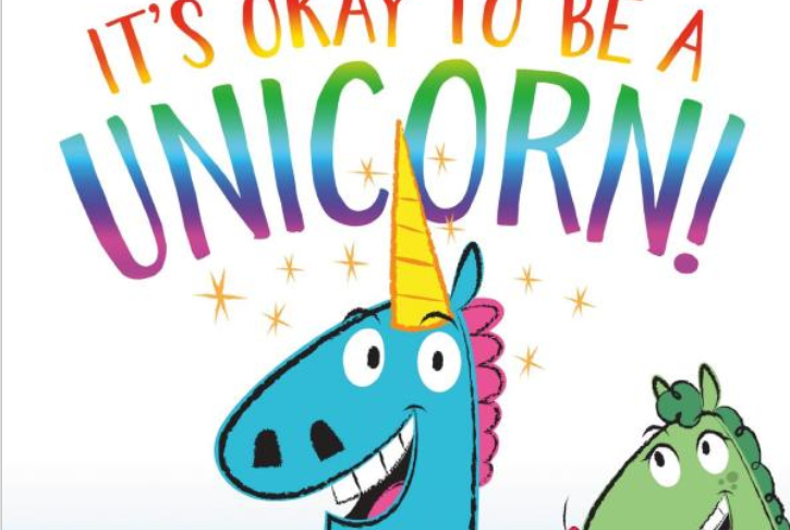 The cover of "It's OK to be a Unicorn"Photo: Book cover

As numerous states consider measures to ban LGBTQ issues and books in classrooms, heterosexual children’s book author Jason Tharp said he was blocked from reading his book, It’s Okay to be a Unicorn, during an event at Ohio’s Buckeye Valley School District because school administrators thought his book was about being gay — it’s not.

Tharp said that last week a school principal contacted him, informing him that he wouldn’t be able to read his book at a school event as scheduled. A district teacher also said they were ordered to remove any student artwork related to Tharp’s book from the walls, The Huffington Post reported.

District officials also sent Tharp an email informing him he would also not be allowed to read his other book It’s Okay to Smell Good (a book about a skunk) during his visit, WBNS-TV reported.

Parents said that they thought the book “could be promoting a gay lifestyle,” possibly because its illustrations include unicorns and rainbows, both of which are seen as symbols of LGBTQ people. But Tharp’s book isn’t actually about gay people and it’s message is just about being oneself.

“The book is actually about me as a kid. I grew up where I felt out of place,” he said.

Only after Tharp had a brain tumor did he realize the level of self-negativity he felt as a kid, he explained. So he wrote a book encouraging kids to do what he did: express kindness to himself and others and to develop the talents that make them most unique — drawing, in Tharp’s case.

In response to the censorship, the district held an emergency school board meeting last Friday. Most of the parents who attended spoke in favor of Tharp’s books. District officials said that only one parent complained and that they wanted to ensure the book was “vetted” before being allowed into the event.

But while Tharp still appeared at the district event, he avoided mentioning either of his aforementioned titles. He said he feels disappointed that students missed out on his books’ messages.

“I’m not here to entertain adults that want to project their own whatever issues onto a children’s book, I’m here to create books that inspire kids to dream big, embrace themselves, understand the importance of self-kindness, to really learn how to manage your emotions because it’s a confusing world we live in, and being a human is not easy,” he said. “If an adult is struggling, that’s what therapy’s for, not my kids’ books.”

Michelle Mauk, a district parent and teacher, said that district officials are avoiding taking any responsibility for the decision, effectively hiding those responsible for banning it over anti-gay hysteria.

The incident follows a nationwide conservative push to ban LGBTQ content from classrooms. In fact, two Ohio lawmakers introduced similar legislation that would block school staff from discussing sexual orientation and gender identity in some grades.

Approximately 15 other states are considering “Don’t Say Gay” bills as well. Tharp’s story shows that LGBTQ authors, teachers and kids won’t be the only ones harmed by such measures.

“I’m here to create books that inspire kids to dream big and embrace themselves,” Tharp said. “I think a book can save people, because that’s [what] saved me,” he added. “I got lost in books, and [they] taught me that it was OK to be creative, and it was OK to think differently. So that was what my mission was with this book — to write something that helped kids understand it is good that you’re different than me… because we can learn something from each other.”

The NFL should withdraw the Super Bowl LVII from Arizona. Here’s why.