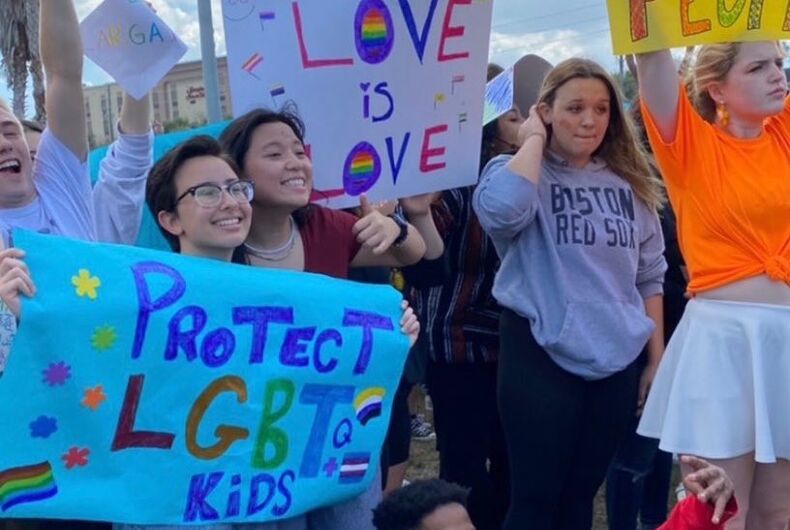 With its “Don’t Say Gay” measure, Florida has become this year’s poster child for anti-LGBTQ legislation. The bill, which is awaiting Gov. Ron DeSantis’ eager signature, has attracted enormous publicity, driven in large part because of Disney’s botched response to the antics in their own backyard.

But for all the attention that Florida has attracted, it is just one of 15 states that is considering some version of “Don’t Say Gay” legislation. Hard as it is to believe, some other versions are even worse than the one in the Sunshine State.

The standout for sheer viciousness would be Tennessee’s. Florida explicitly calls out instruction for kindergarten through third grade, although it implies its restrictions apply to all grades. Tennessee’s measure makes sure that it is clear who is being targeted: any student in grades K to 12.

Moreover, the Tennessee bill uses language that is unapologetically offensive and brands LGBTQ youth as “abnormal.”

It doesn’t stop there. A Kansas bill would make materials promoting “homosexuality” a misdemeanor under the state’s obscenity laws. A measure in Indiana would forbid teachers from talking about any LGBTQ-related issues without parental permission.

Not to be outdone, legislators in Oklahoma have introduced five different bills to censor mention of LGBTQ issues in the classrooms. Two measures would forbid librarians from distributing materials or discussing “any form of non-procreative sex,” including LGBTQ issues.

The measures are part of a flurry of anti-LGBTQ measures spreading in legislatures across the country. Republicans seem absolutely convinced that playing to school issues is going to pay off in the coming midterm elections.

The prevailing conventional wisdom is that approach is what helped Glenn Youngkin win the Virginia governor’s race last year. Youngkin styled himself the candidate of parents fed up with schools too focused on masking policies and diversity.

However, a recent analysis of the election results shows that Youngkin won because people without children in schools voted for him. Specifically, he won because a lot of old people turned out to vote.

Turnout among voters 75 and older increased by 59 percent compared to the last gubernatorial election. That’s what made the difference in the margin of victory for Youngkin. It wasn’t parents. It was grandparents–or even great-grandparents–who didn’t like what they were hearing on Fox News. They turned out in droves, while younger voters, who tend to vote Democratic, stayed home.

You can be sure when November rolls around, Republicans won’t be able to stop talking about it.