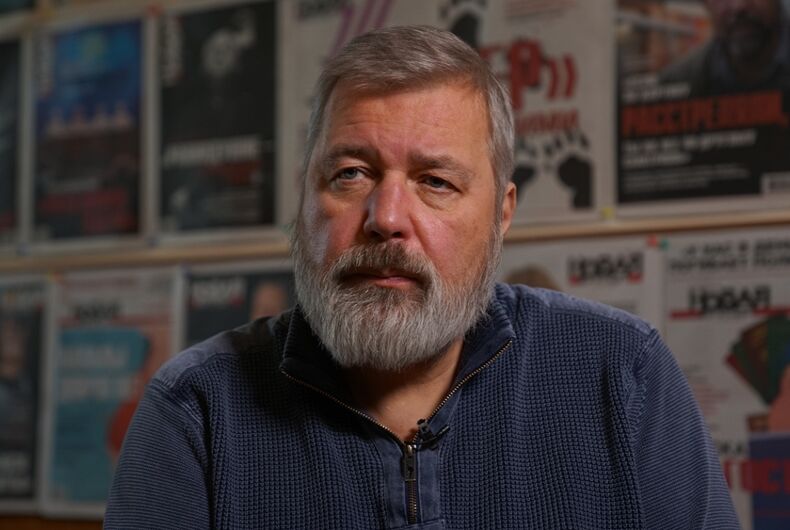 The Novaya Gazeta, the last major independent Russian newspaper, announced this week that it is being forced by the state to stop.

The newspaper got attention in U.S. LGBTQ media in 2017 for its courageous reporting on Chechnya’s detention sites for men accused of homosexuality who were picked up in sweeps or when law enforcement officers would pose as gay men looking for sex online.

Related: A gay refugee was forced to apologize on TV for ‘disgracing’ Chechnya

Novaya Gazeta reported in February 2017 that 100 men were detained and tortured at the camps in the Russian republic and that three people were tortured to death. The newspaper would later report that 26 gay and bi men had been killed in the detention sites.

Their reporting led to international outcry, with even the Trump administration denouncing Chechnya for its gay purge. Several European countries took in queer refugees from Chechnya.

But this week the Russian media regulation agency, Roskomnadzor, threatened to shut down or remove Novaya Gazeta’s license because the paper was found to be violating Russia’s wartime censorship law because it was covering the Russian invasion of Ukraine. Editor-in-chief Dmitri A. Muratov posted a message online saying that the paper would cease publishing “until the end of the special operation on the territory of Ukraine.”

Novaya Gazeta started publishing in 1993, just after the fall of the Soviet Union, and it got some of its original funding from former Soviet leader Mikhail Gorbachev’s Nobel Peace Prize money. Muratov would also go on to win the Nobel Peace Prize with journalist Maria Ressa for their work on promoting free expression.

Seven journalists at Novaya Gazeta have been murdered since 2000 in retaliation for their work.