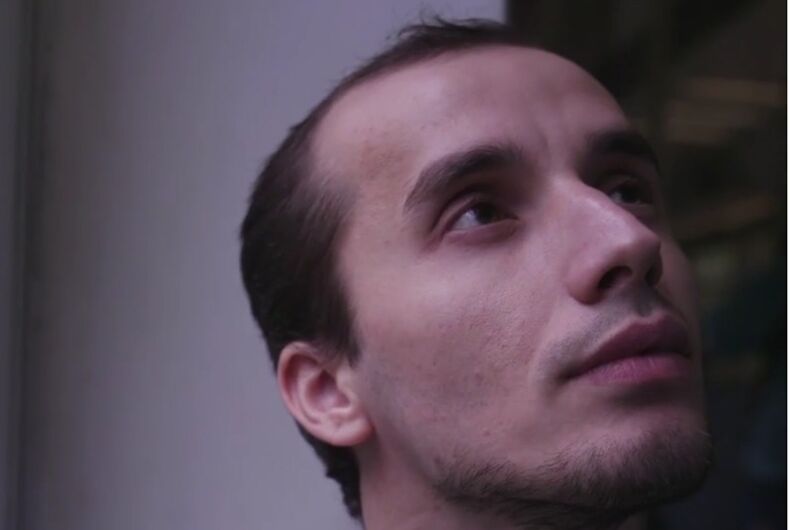 Movsar Eskarkhanov, a gay refugee who fled to Germany, says that he was forced to apologize on television for bringing “dishonor” to Chechnya by talking about the anti-gay violence he faced in his home country.

Eskarkhanov, 28, was the subject of an article this past September about the anti-gay violence he faced in Chechnya and in the refugee community in Germany. He talked about how he was kidnapped and blackmailed by someone posing as another gay man online, how he was sexually assaulted by Chechen police, and how he feared that his family would poison him when the police let him go.

Eskarkhanov’s asylum bid was denied, and, shortly after the Time article, he disappeared.

Then, in November, he reappeared in the media in an interview on Grozny TV, a state television station in Chechnya. He was presented as mentally ill and he said that he invented his story while under the influence of epilepsy medication. He also blamed Time for forcing him to make up the story in order to “disgrace Chechnya.”

“Therefore I ask the forgiveness of Chechnya’s people, Chechnya’s leadership, and the Chechens living in the North Caucasus and in Europe,” he said, according to a translation provided by the Latvian website Meduza.

The correspondent who interviewed Eskarkhanov asked viewers, “What aims did [Time and other Western media] actually pursue? Who profited from exposing him in an unfavorable light, blackening his honor and the honor of the entire Chechen people?”

Those are, indeed, good questions. Since the Russian newspaper Novaya Gazeta first reported about detention centers used to imprison and torture gay and bi men – where some victims were tortured to death – reports about anti-gay violence poured out of the country through human rights groups and other media outlets. Part of the Chechen government’s response has been to claim that it’s all a “massive information attack” designed to make Chechnya look bad.

Never explained was why Western media would care so much about humiliating Chechnya, a country few Americans can find on a map.

The other part of the official response, though, contradicted the first: if Chechnya were trying to purge itself of gay people, then it would be justified.

This week, Eskarkhanov said that he was forced to apologize on national TV. He told Russian television state RTVi that Grozny TV indirectly threatened his family if he continued to speak out.

“They said that I must first think about my family. I was also told that if I continue to speak, I would have problems,” he said.

Human Rights Watch has long criticized Chechen dictator Ramzan Kadyrov’s use of forced apologies on Grozny TV to quell dissent. Activists and journalists who criticize his government often end up on the channel apologizing for “lying” or making a “mistake” after being told that it’s the only way to protect their families from violence.