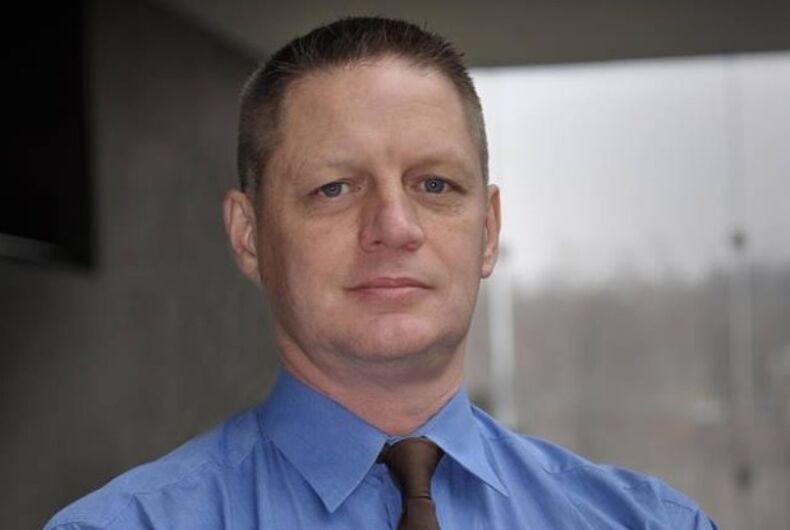 A Republican candidate for Texas governor has expressed a desire to murder gay people, as well as those who commit adultery and bestiality.

“I’d gladly execute a convicted adulterer, sodomite or bestialiter. Biblical law is a blessin,” Larry Kilgore wrote in a since deleted Facebook post, sharing a story about so-called “bestiality brothels” in Germany.

Kilgore, who apparently doesn’t believe in the Sixth Commandment, is a perennial “also ran” in Republican primaries, having fallen short in two previous bids to become governor, as well as a run at the Senate in 2008.

That year, he said he was in favor of the death penalty for abortion, adultery, and homosexuality, and flogging for the “offenses” of transvestism and using vulgar language.

Kilgore, who for a time had legally changed his middle name to SECEDE, appeared on The Daily Show in 2013 to lay out his anti-American agenda.

Dept. of Silver Linings 2017: Opposition to marriage equality is dying off (literally)