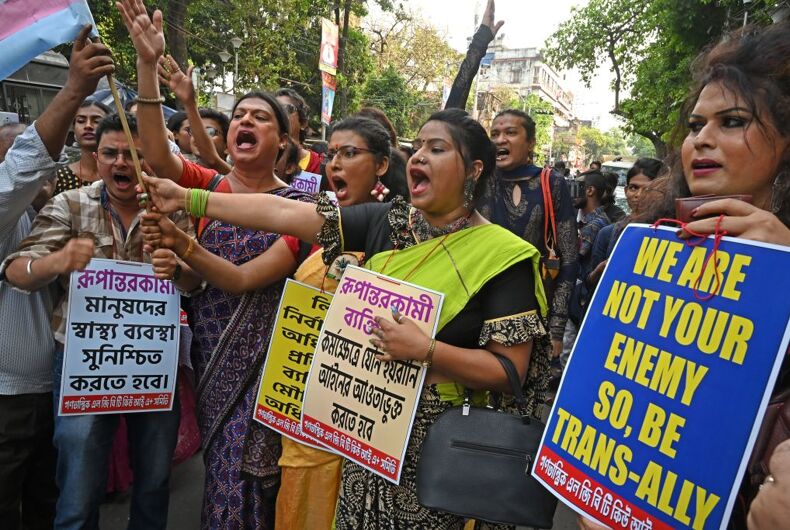 Transgender people and allies rallied around the world to honor the International Transgender Day of Visibility with demonstrations, performances, and protests.

Related: This trans heartthrob is paving the way for bodybuilders

And in India, activists, and supporters rallied in Kolkata. The country’s Supreme Court has ruled that trans individuals constitute a third gender under the law, but, as in the United States, trans people face regular abuse by police and public violence. While the country has laws to protect trans people from discrimination, they have to register as transgender with the government and that requires gender confirmation surgery – which is out of reach financially for the bulk of the community.

Known as hijras, transgender people have been a part of Indian society since antiquity. Under British rule, trans people were persecuted as morally wrong, and the colonial leftover prejudice still remains.