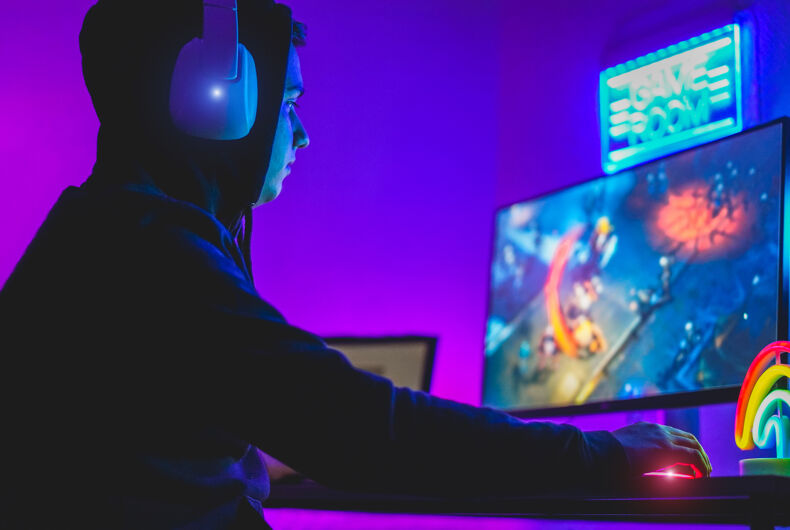 Last week, streaming platform Twitch responded to a recent wave of “hate raids” against LGBTQ users and women. While it’s not the first time community members have been bombarded by hateful messages, Dot Esports reports that this time, the attacks originated from an outside platform.

Twitch Support acknowledged the attacks and said it is responding by suspending the Twitch accounts engaging in abuse, as well as advising streamers on how they can prevent the intrusions.

“[B]ad actors have been coordinating off-Twitch to target women and LGBTQ+ members of our community with spammy and hateful chat messages,” Twitch Support posted to Twitter on Friday. “Hate has no place on Twitch, and we’ve identified and suspended the Twitch accounts of the individuals participating.”

Over the past 24 hours, bad actors have been coordinating off-Twitch to target women and LGBTQ+ members of our community with spammy and hateful chat messages. Hate has no place on Twitch, and we’ve identified and suspended the Twitch accounts of the individuals participating.

Streamers raised the alarm that users on Cozy.tv promoted the “hate raids” and restreamed some users’ broadcasts while mocking them.

TWITCH STREAMERS: @thejustryan was hate raided by someone on a different platform called https://t.co/5NcW1hLOe6

They spammed hateful homophobic messages, tried to spam in the discord, and streamed Ryan's stream to his viewers while making fun of him. This is disgusting.

Cozy.tv is a conservative streaming website co-founded by white nationalist Nick Fuentes, who has previously been banned from Twitch, Reddit and Youtube. Fuentes, who took credit for the raid in a statement, recently hosted a white nationalist gathering at which he appeared to praise Adolf Hitler, saying, “Now they’re going on about Russia and Vladimir Putin is Hitler – they say that’s not a good thing.”

Twitch experienced another major “hate raid” in September 2021, following the #ADayOffTwitch boycott of the service by Black and LGBTQ Twitch streamers in protest of previous “hate raids.” Twitch ultimately sued the alleged perpetrators in an effort to keep them from returning to the site.

“We may never be able to fix Twitch,” Omega “Critical Bard” Jones, a queer Black Twitch streamer who has faced constant harassment on the platform, told the Washington Post, “but we can absolutely have an immediate effect on the culture around us, and that will at least provide a little bit more safety for people.”