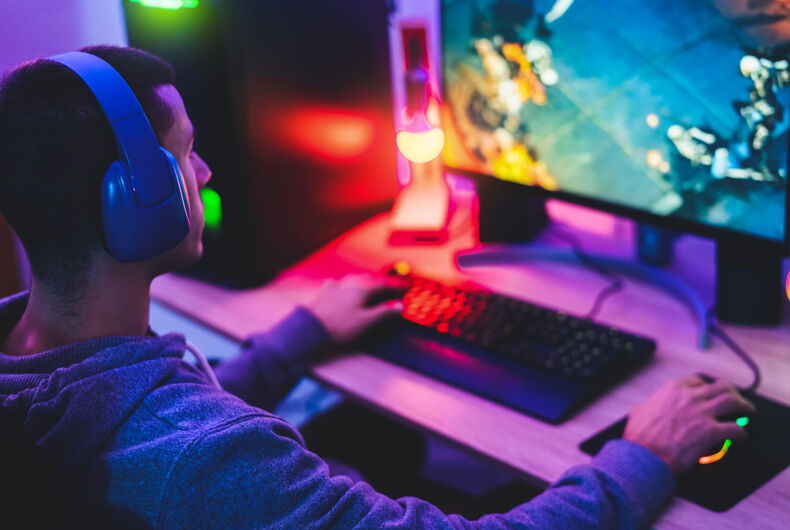 Twitch, the streaming platform for online gamers, has sued two users for allegedly running “hate raids” on people of color and LGBTQ gamers.

The two users, CruzzControl and CreatineOverdose, allegedly created bots to leave hundreds of racist and queerphobic spam comments on LGBTQ and POC gamers’ chats. Twitch chats are generally open to anyone who’d like to interact with gamers as they stream their gameplay.

Related: A Twitch streamer raised $15,000 for the Transgender Law Center by playing The Sims 4

“These attacks obstruct the chat so significantly, victimized streamers are unable to engage with their community through chat for the duration of the attack, and some even choose to avoid streaming altogether until the attack ends,” the lawsuit said. Because many streamers use Twitch to make money, the abuse effectively causes them to lose income when they stop streaming to avoid further attacks.

Despite banning these two users in the past, Twitch’s lawsuit said that the users continually created new accounts and changed their bots’ code to avoid detection by the platform’s moderators. Twitch’s lawsuit doesn’t even name the users, though the platform says it will update the lawsuit if it discovers their real names. CruzzControl is reportedly a resident of Baarto, Netherlands and CreatineOverdose is a resident of Vienna.

The company hopes its lawsuit will allow the company to learn more about the hate raiders and their methods so the platform can work to prevent future raids. However, Twitch has long struggled with how to prevent hatred on their network.

On September 1, Black and LGBTQ Twitch streamers boycotted the site for #ADayOffTwitch, an event to raise awareness and pressure about the hate raids they face from others. Nearly 400,000 users avoided the site on that day, The Washington Post reported.

The boycott’s organizers have asked Twitch for a sit-down conversation about the problem. They have also asked the platform for user tools to help shut down raids in progress, limits to how many user accounts can be tied to a single e-mail address and a timeline for taking additional steps to address the issue.

“We may never be able to fix Twitch,” Omega “Critical Bard” Jones, a queer Black Twitch streamer who has faced constant harassment on the platform, told the Post, “but we can absolutely have an immediate effect on the culture around us, and that will at least provide a little bit more safety for people.”