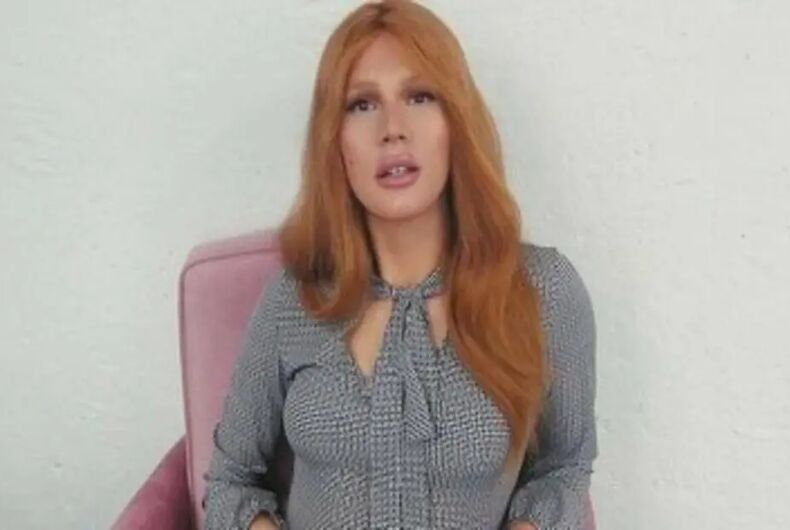 As Ukrainian men and women fight to defend their country, and many children and others try to flee, transgender women like Zi Faámelu are finding themselves stuck.

Leaving the country requires a passport. But Faámelu’s passport has a male gender marker, which means she would be denied passage out of the country. Even if she could find a way out of Ukraine, she might not be allowed to cross into a neighboring country because of the incongruence between her legal sex and lived gender.

Before the invasion, Faámelu found some success as a singer, appearing on the Ukrainian singing competition show Star Factory. But now, even leaving her apartment feels risky, given the pervasiveness of transphobia in Ukraine. But all of her friends have left, and she is starting to run low on food.

“This is not a very rainbow-friendly place…. Lives for trans people are very bleak here,” especially in the midst of increasing tensions, Faámelu told CBS News. “Many people have guns and weapons…. It can be an excuse for violence…. This is a very scary situation.”

Her situation is not unique. Getting an updated passport is not an easy process for transgender Ukrainians. Despite efforts to make the process less onerous, Human Rights Watch reports it is likely that transgender people are still required to undergo psychiatric observation as well as gender-affirming surgery to update their documents.

“I don’t want to go through that. This is like, humiliating for the world…. I decided to keep my passport, keep male in my passport, and now I cannot leave this country,” Faámelu explained. “[It’s] a war within a war, truly.”

And if Russia wins its war against Ukraine, things may get even worse.

“Ukraine is a European country. We have a 10-year history of Pride marches, and as you know, in Russia, the situation is like opposite,” Kyiv Pride project assistant Edward Reese told CBS News.