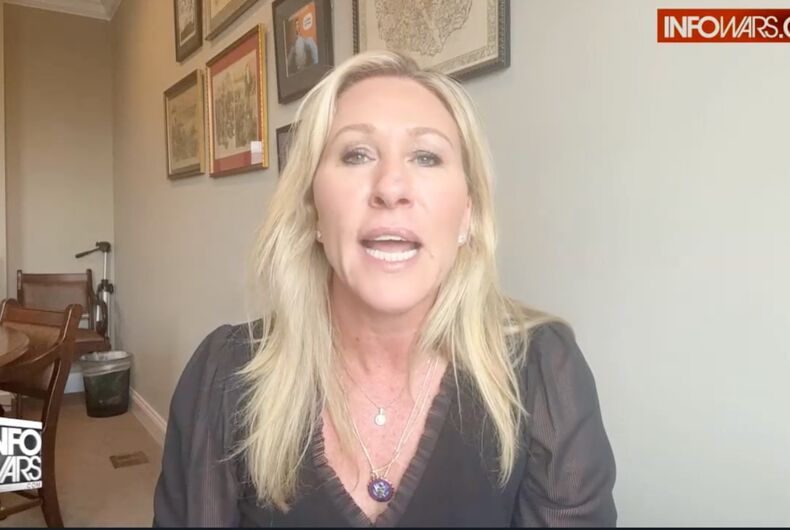 “It’s easy for me to double down,” Marjorie Taylor Greene declared on Alex Jones’ Infowars program after she was castigated for saying transgender women deserve to be “beaten into the ground.”

All she had to do, she said, was to “set the record straight.”

Greene said that she is “taking a strong stand that there are only two genders, male and female” before clarifying that her trolling and insults about transgender people shouldn’t be taken seriously. Instead, she offered up the weakest “I have a friend” excuse of all time.

During her rambling interview with host Alex Jones, Greene ranged all over the standard far-right anti-trans tropes from prison guards to camp counselors. Transgender women, whom she consistently referred to as “biological men,” deserved to be attacked. She gave several half-hearted attempts to justify her position, but in the end it just boiled down to one simple defense for her, “The truth is that biological men are assaulting and attacking anyone under the age of 18, especially children.”

“There is nothing wrong with saying that.”

Except the idea that transgender women are targeting children for sexual assault is completely false.

A spokesperson for Greene’s office denied that Greene was talking about violence at all when she said that her husband would beat up a hypothetical transgender camp counselor and said that “is exactly how we need to stand up against this stuff.”