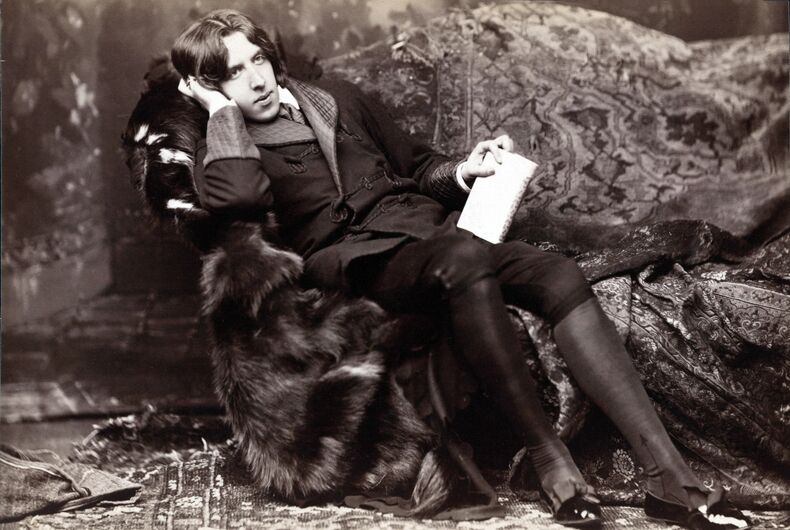 If you’ve seen the word “fruity” on TikTok a lot lately but don’t know what it means, you can count yourself lucky. Much like the words queen and queer, “fruit” is a slur that has been hurled against gay men for decades.

But over time, gay men have begun to reclaim the word in the same way that “queen” and “queer” have become an innocuous part of our lexicon, and today use it as a term of endearment rather than a derogatory comment on one’s effeminacy and attraction towards other men.

But can we really reclaim this hurtful slur? How did we even get to this point? And what does “fruity” mean for the LGBTQ community? Buckle up for a bumpy ride as we take a deep dive into the origins of the word “fruity”, how its meaning shifted over the years, and how words can have the power to either hurt us or empower us.

Related: Don’t leave out the Q: study concludes the term queer is a ‘distinct’ sexuality

The Sour History Of The Term “Fruit”

What does it mean to be “fruity”? And where did this comparison come from in the first place? Ironically, the term may have originated from the gay community itself.

Language experts believe that the insult “fruit” has roots in the British cant slang Polari. The slang was born out of the West and East Ends of London in the 19th century and was used by social outcasts and outsiders. These were your theater and circus folk, vagrants, sailors, cockneys, and costermongers – fruit and vegetable sellers who were looked down upon for their brash behavior, love of gambling, and unusual slang.

Like many secret languages, Polari emerged as a way for these outsiders to “protect their identities or actions”. Pretty soon, Britain’s gay community adopted this code, transforming it into a “vehicle for campery, bitchiness, filthy jokes, and innuendo”. The word “fruit” was just one of many slang words that gay men would throw at each other to poke fun at their effeminacy.

The evolution of this slang was perhaps not unlike that of the American gay lingo that can be traced back to the drag and ballroom culture of the 1980s, where “reading” was, as RuPaul says, fundamental.

But why fruit? The common assumption goes that, like women, fruits are soft and tender. As Mayukh Sen explains in a piece for Food52, “A fruit, susceptible to the whims of nature, tends to grow tender and soft. For a man to embody these very traits, a sensitivity to the elements that is typically coded female, goes against the imaginings of masculinity our culture worships.”

“Nutty As A Fruitcake”

Sen goes on to say that, when the slur made its way to the US in the 20th century, it became tied to fruitcake – the sticky and much-maligned treat. The phrase “nutty as a fruitcake” was reserved for people who had lost their marbles, had gone off their rocker, or, simply put, were crazy.

At the time, homosexuality was considered deviant – a mental illness to be corrected through lobotomies, electroshock treatment, and chemical castration. Thus, fruits became fruitcakes, and the psychiatric institutions where these sinister procedures occurred were called “fruitcake factories”.

Over time, the words “fruit” and “fruitcake” became less of an inside joke in the gay community and more of a weapon that straight people could use to remind gay people of their otherness. For some older gay men who lived through this era, the term “fruit” is as hurtful and offensive as the term “f*ggot”. Perhaps even worse.

Can We Reclaim The Slur?

Given its dark history, is it possible to reclaim it much in the same way that the LGBTQ community has reclaimed “queer” and “queen”? After all, the word queer used to be incredibly offensive.

Though originally used to mean “something peculiar” it evolved into a pejorative in 1894 when John Douglas, Marquess of Queensbury lambasted “queers” like the poet Oscar Wilde, whom he had tried for criminal indecency. Soon after, the term became a popular homophobic slur, meant to reinforce the idea that gay men were sexual deviants.

Some argue that gay people shouldn’t even be calling themselves queer, given all the pain that many older gay men still attach to it. And perhaps the same can be said for the term “fruit”. For some people, these slurs are connected to some very real memories of being bullied, harassed, assaulted, and denied a place in society. Hearing it out loud, especially used so flippantly, could indeed be triggering.

However, for many people, the point of reclaiming a slur is to remove the power of its original meaning. Or at least, the meaning that homophobes clung to when they hurled these words at us. By using the word as a term of endearment rather than an insult, you shift the power. You take the power out of the hands of those who want to hurt you, and give the word new meaning.

And more than just as a term of endearment, the reclaimed “fruit” could be used as a way to celebrate the softness, tenderness, and femininity that gay men have felt wrong for so long. For example, to lip-sync to Beyonce with perfect choreography with your friends and call it a “fruity moment” is to revel in queer joy.

my fave spin on it is fruity pebbles for morning gays, fruit salad for healthy gays, fruit juice for thirsty gays, and i think you get it

What Does Fruity Mean Today?

According to linguistics professor Sally McConnell Ginet, sometimes distance is essential to reclaiming a slur. The young activists in the 80s who shouted “we’re here, we’re queer” in AIDS rallies were distant enough from the word that, perhaps, they barely had any experiences with it.

And the same goes for the word “fruity” today. Navigating the world as a gay person is leaps and bounds different than it was all those decades ago. And while homophobia and transphobia most definitely still exist around the world – and even in our own backyards – there are people, places, and moments that serve as solid reminders that LGBTQ people do deserve and have a place in this world.

Perhaps “fruity” has or is slowly losing its negative connotations, and perhaps, yes, we are or we have successfully reclaimed the term.

What does it mean when someone calls you “fruity”? If they’re a friend, then perhaps it’s a light jab, perhaps a celebration of gayness, perhaps a little bit of both. If they’re not an ally, then it’s a word that they think should hurt you, but at the end of the day, all it does is say, “you’re sensitive, you’re effeminate”. And really, what’s so wrong with that?

Related: Not into documentaries? Here are 5 films based on LGBTQ history that will grab your attention