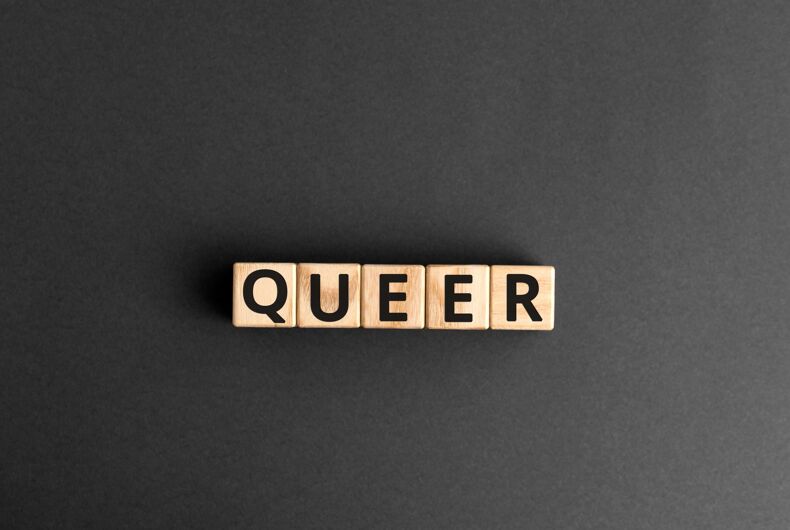 According to a study conducted by the Williams Institute of the UCLA School of Law, it’s time to regard the term queer as a “distinct sexual identity” within the LGBTQ+ spectrum.

“We explored the demographics and sexuality (e.g., sexual partnering and attraction) of people who identify as queer, compared to those who identify as lesbian/gay, bisexual, or other sexual minority identities, to better understand if, and how, queer-identified people are distinct from other sexual minority groups,” the study edited by M. Paz Galupo, PhD reads. Their data was collected from 1,518 surveyed respondents between the ages of 18 and 59, in 2016 and 2017.

Related: What is asexual? Here’s the asexual spectrum, an asexual quiz & everything else you’re curious about

The term ‘queer’ has often been rejected as defining an identity within the LGBTQ community. While there isn’t a singular universal understanding of the term, many still regard it as an offensive term or slur. The definition that best fits the term as a sexuality, according to Dictionary.com, says queer is “a person whose sexual orientation or gender identity falls outside the heterosexual mainstream or the gender binary.” As time has gone on, more and more people (such as actress Lea Delaria) have publicly favored the term queer either as a distinct word or umbrella term for non-cisgender, non-heterosexual people.

Now, we know more about people that define their sexuality this way. Of the more than 1500 respondents to the survey, approximately 6% – 88 of them – chose to identify as queer. In contrast, approximately 46% of respondents identified as solely homosexual (“lesbian or gay,” specifically), while 40% reported their identity as bisexual. Less than 7% used different terms to define their sexuality, such as pansexual or asexual.

Queer people were found to be “overwhelming[ly] young,” with 76% of respondents being “between the ages of 18 and 25”. In contrast, only 2% of adults between 52 and 59 years old identify with the term queer.

As for genderqueer and non-binary people, 26% of the respondents with this gender identity also defined their sexuality as queer. They were “more likely than cisgender people to” be attracted to both cisgender and transgender women and men, yet they were found to be predominantly partnered with cisgender people.

In summation, the study found both queer men and women were likely to be attracted to multiple gender identities, including trans and non-binary people – yet women were more likely to actually be partnered with someone outside of their gender identity. Queer men, on the other hand, are more likely to partner with fellow men. “Of all groups, queer men are the most likely to partner with transgender men, but none had partnered with transgender women.”

The findings based on this sample of people’s responses from a few years ago should not be used to conclude the definition of ‘queer’ or other terms with any finality. Researchers only conclude that the study “provides support” to queer being credibly considered its own, distinct sexuality. “Additional research is needed to fully understand this population,” they stress.