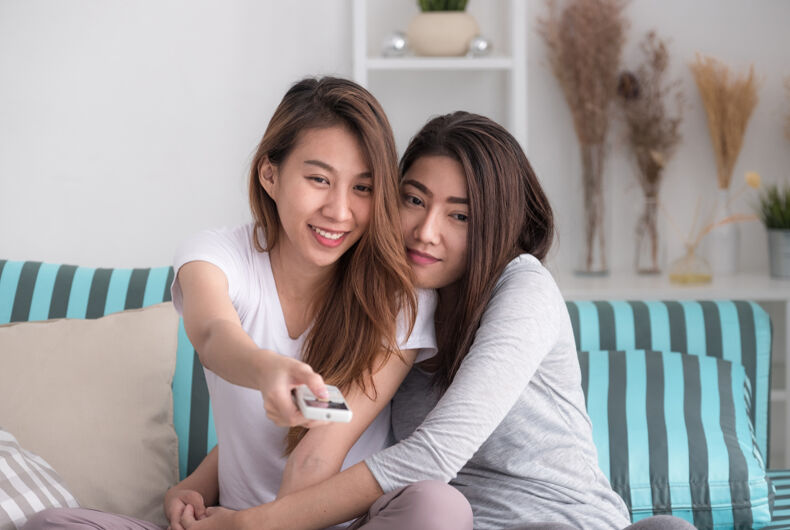 Perhaps you’re interested in adding a little LGBTQ history to your movie watching, but don’t feel up to a hardcore documentary? Then this list is tailor-made for you!

Here’s a few movies you should check out for a dose of reality to go with your popcorn.

A biopic into the life of San Francisco assemblyman Harvey Milk, one of the first gay persons to be elected to public office  and victim of assassination along with then-mayor George Moscone. The film, starring Sean Penn, is a brilliant period piece into San Francisco gay life and culture in the 1970s, and recreates many pivotal moments in the struggle for gay liberation in the 1980s.

An HBO adaptation of Tony Kushner’s Pulitzer Prize winning play of the same name, Angels in America examines the life of gay men during the height of the AIDS crisis under President Reagan. It’s got a killer cast, including Al Pacino, Mary-Louise Parker, Meryl Streep Emma Thompson, Patrick Wilson, and Jeffrey Wright.

It’s a solid piece covering sexuality, religion, politics, racism and more in the course of a six-hour miniseries. Be sure to watch for Streep in a rare triple role, playing convicted spy Ethel Rosenberg, a Mormon mom, and even a rabbi.

Starring Selma Hayek in her Academy Award-nominated portrayal of bisexual Mexican artist Frida Kahlo, and focusing on her life and many loves with (and without) her muralist husband, Diego Rivera, portrayed by Alfred Molina.

A retelling of the life and death of Brandon Teena, a transgender man who was raped and murdered in Humboldt, Nebraska. It’s a hard view given the themes, but well put together. Featuring Academy Award winner Hillary Swank as the title character, Boys Don’t Cry remains one of the more believable stories of a transmasculine person put on the screen.

As the name implies, this is the biography of gay Irish poet and playwright Oscar Wilde, focusing on his rise to fame, his love affair with Lord Alfred Douglas, and the trail that led to his imprisonment on sodomy and gross indecency charges. The cast is stellar, including Stephen Fry as the titular character, as well as Jude Law and Vanessa Redgrave. You may even spot Orlando Bloom in his first on-screen role as a rent boy!

Grab a seat, and learn a thing or two with your entertainment as we all make our way towards pride month.