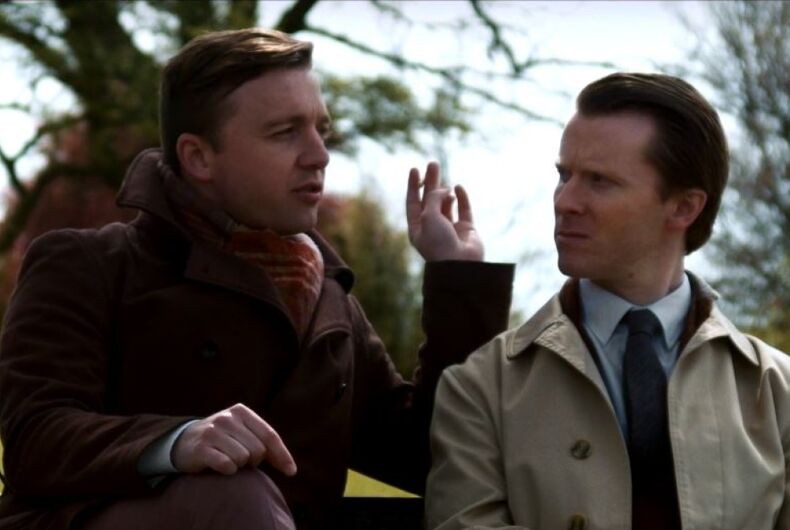 Slang has been a key component of LGBT life throughout our history and remains so, providing a common language to build and maintain community, as well as identify possible partners and like-minded friends.

In instances of homophobic societies with antigay laws, slang also offers a more essential function as a way of maintaining one’s freedom.

Prior to the decriminalization of homosexuality in Britain, an idiom called Polari was used to avoid arrest. It borrows from Romance languages, Yiddish, backslang, and slang used by sailors, thieves, and circus folk.

Same-sex relationships were illegal in the country until the late 1960s, and there were still unequal age of consent laws for straight and gay couples until 2004.

British Parliament recently announced that they will pardon thousands of men convicted under antigay laws. While it appears those who are deceased will be automatically pardoned, those still living will have to go through a “disregard process” through the interior ministry if they wish to have their record expunged.

A short film released last year, and set in London in 1962, called “Putting on the Dish” features two men speaking to one another in Polari, allowing viewers a rare glimpse into how a conversation utilizing this covert language sounded.

While some words have been carried over into the modern day British lexicon, most fell out of use with the relaxing of laws.

A transcript follows (click on highlighted text for translations that will help decode the language):

Read “Putting On The Dish” by Brian and Karl on Genius

The script is available on the filmmakers’ Tumblr page here. It includes one passage that didn’t make it into the film.

A scene from the 1998 feature film “Velvet Goldmine” includes a scene with men speaking Polari, which you can watch, subtitled, below.

These are the most LGBT-friendly cities in the United States