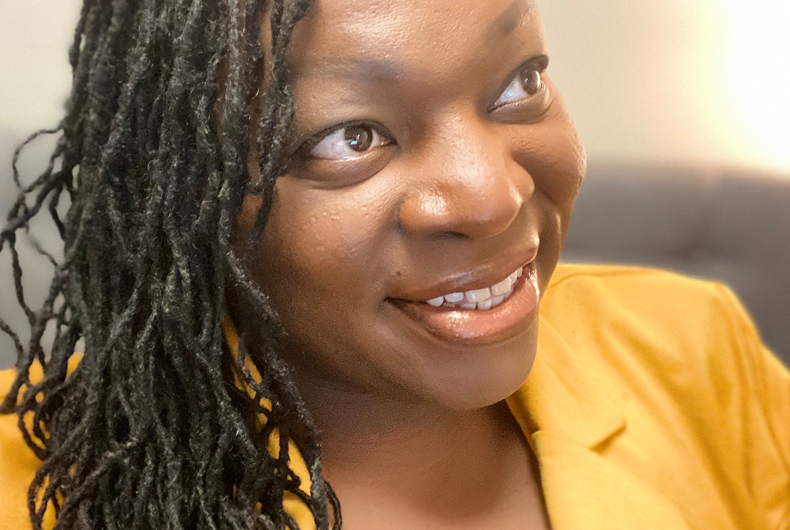 In 1970, legendary music artist Nina Simone taught us that to be young, gifted and Black was a lovely and precious thing. That year was filled with songs to remind us that the times were changing, like “Ball of Confusion” by the Temptations, “War” by Edwin Starr and “O-o-h Child” by the Five Stairsteps.

For me, music by Black artists has formed the backdrop to so many memories.

Related: I lived unapologetically as a Black gay man in the 70s. Now I’m aging with pride & dignity.

From the tunes of Aretha Franklin to the Jackson 5 to Brook Benton, 1970 was the greatest year in Black music, heck, in all of music history. It was also the year I was born.

None of us could have imagined what would happen to Black music, Black people and to me in the 52 years since then. So much history has taken place that it’s hard to truly grasp the extent of the many joys and growing pains that we have experienced.

Robert J. Brown was a Black member of President Richard Nixon’s administration in 1970 who worked with Nixon to host the first summit of Black college presidents. While in office, Nixon doubled the amount of aid being given to Black colleges. He also banned segregated schools from receiving tax deductions.

This is great Black history, isn’t it?  Well, consider that in 2008, funding for the Higher Education Act of 1965 expired, leaving Historically Black Colleges and Universities (HBCUs) in jeopardy.

Thankfully, Congressman Bobby Scott (D-VA) introduced the College Affordability Act in 2019, which ensured that this funding would become permanent and made changes that positively impacted HBCUs and students.

HBCUs have been a cornerstone of American history and integral to the lives of many Black people, including me, an alumna of Norfolk State University. These schools still rely on elected members of Congress to reauthorize funding that has been in place since 1965.

I believe, like Nixon, that education helps in some ways to even the playing field. But don’t get me wrong, a college degree doesn’t make you smarter. It just means that you stayed in school longer.

This Black History Month, let’s recognize the importance of HBCUs in shaping the lives of so many of us. As an HBCU alumna, not only did I truly witness Black brilliance firsthand, but it was the first time that I truly got to be me.

Thinking back to the 1970s, I am also reminded of Donna Burkett and Manonia Evans, two Black women who, in 1971, sued the Milwaukee clerk who would not issue them a marriage license.

1980 was also quite a year. I turned ten, and it also brought a new generation of Black history – and a hell of a chronological soundtrack to go along with it.

We were introduced to the voice of Luther Vandross as part of the group Change singing “A Lovers Holiday.” This was also the year that 18 people died during the Miami Riots after 4 police officers were acquitted for killing an unarmed Black man.  One year later, Toni Cade Bambara won the American Book Award for “The Salt Eaters.”

My first favorite fashion designer, Willi Smith, died of complications from AIDS in 1987. My second favorite designer, Patrick Kelly, died in 1990, and Magic Johnson retired from the NBA after disclosing an HIV diagnosis in 1991. Less than a decade later, capturing the US Open and Wimbledon respectively, Serena and Venus Williams became the first Black women to win major championships since Althea Gibson in 1958. They are all Black history.

I should also mention the names Mae Jemison, Octavia Butler, Rebecca Lee Crumpler, and Phyllis Wheatley, along with the books, “Bars Fight” by Lucy Terry, “Clotel: or, The President’s Daughter” by Williams Wells Brown. They are Black history.

As a Black transgender woman, I proudly stand on the shoulders of so many.

In 1970, Marsha P. Johnson and Sylvia Rivera started the STAR House, the first LGBTQ youth shelter in North America. It was the first known organization in the US-led by trans women of color. It was also the first trans sex worker organization.

This month, I am also reminded of Mel Boozer and Pamela Rocker, political forces both recognized for their campaigns to become the first Black, openly gay U.S. Vice President and the first transgender U.S. President, respectively.

There are countless Black history-makers who mean the world to me that could have been added in this short story. So challenge yourself to find out more about those who paved the way for people like me to live our truth.

Keep their names and stories alive by sharing this part of Black history with everyone you know. Honor their lives by living yours authentically. Do not only read about Black history – create it. And in the words of the late, great, Black history-making Archbishop Carl Bean, “I’m happy. I’m carefree. I’m gay. I was born this way.”

Tori Cooper is Director of Community Engagement for the Transgender Justice Initiative for the Human Rights Campaign.