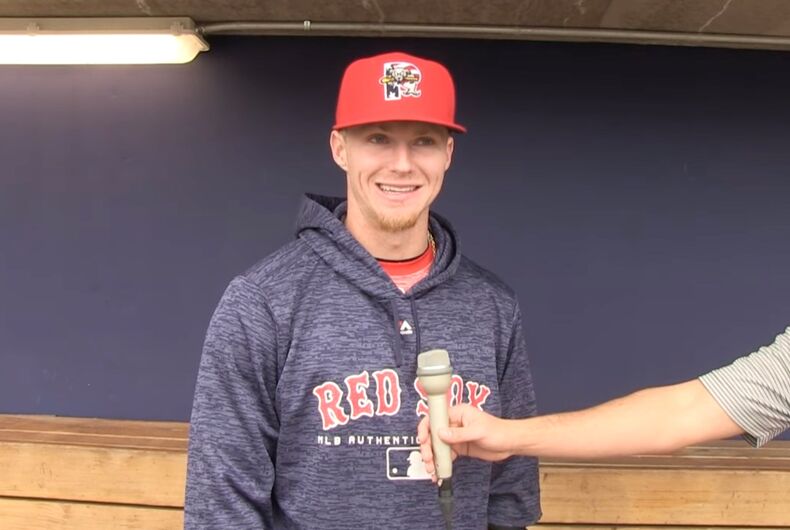 Netzer’s account appears to no longer exist, but according to the New York Post, one tweet said, “i am a racist. i do sometimes make assumptions based on another persons race/ethnicity/culture. glad that is out of the way.”

Another called closeted trans people rapists, stating that, “any person who is secretly transgender, and their partner does not know, and sexual actions have taken place, is a rapist and a sexual molester. may God be the judge.”

And another told Black people to “go back to their roots and start to re-establish their true black culture.”

25-year-old Netzer reportedly directed many of his comments at Chaim Bloom, the Red Sox chief baseball officer, who he called “an embarrassment to any torah-following jew,” criticizing him for supporting LGBTQ people and Black Lives Matter.

“dude went to hebrew school and studied the torah growing up but sold his soul to the sodom and race groups,” Netzer wrote.

Netzer defended himself from accusations of anti-Semitism, but not from his racism or homophobia.

“ill go along with racist and homophobic, but anti-semitic? thats too far.”

The 2017 third-round pick has also not played in a game since before the pandemic began.

According to Larry Brown Sports, he also reposted some of his own tweets to his Instagram story and said, “release me.”