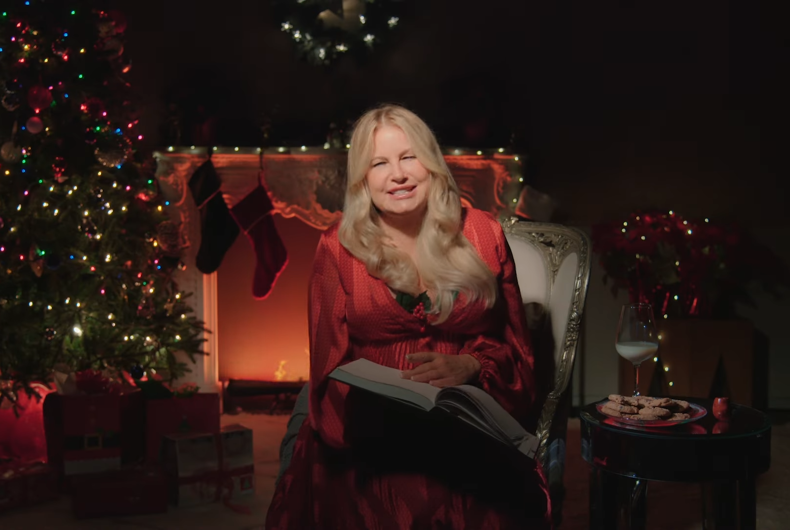 The longtime LGBTQ ally appears in Netflix’s gay holiday rom-com, Single All The Way, and as a special treat, she’s reading the classic Christmas poem, “The Night Before Christmas.”

Related: Is the idea of a gay Santa Claus “acceptable” now? Here’s what people said.

The performance, delivered in her quirky style, is full of giggle-worthy moments and inside jokes for the queer community.

Netflix’s special is filled with stars and laughs, but icon Coolidge steals the show.

Hallmark and Lifetime will also release LGBTQ-themed holiday movies this year after LGBTQ Nation called on the networks to create flicks that centered queer relationships and storylines and not solely cisgender heterosexuals.

Tired of his family always asking why he’s single, Peter brings his BFF Nick home for the holidays, making everyone wonder if their connection is more than platonic.

This trans man loves being a dad. The misgendering that comes with pregnancy, not so much.