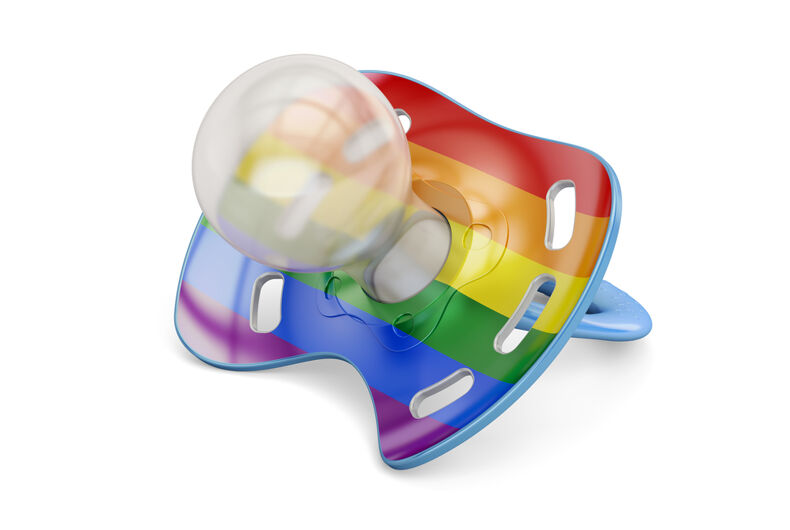 Bennett Kaspar-Williams, a transgender man, gave birth to his son, Hudson, in October 2020.

Once he learned to separate the concept of pregnancy from gender, the experience didn’t give him any dysphoria. What did, however, was the way hospital staff treated him.

‘The only thing that made me dysphoric about my pregnancy was the misgendering that happened to me when I was getting medical care for my pregnancy,” he told The Daily Mail.

Despite presenting as a man and having “male” written on all of his forms of identification, Kaspar-Williams said medical staff repeatedly referred to him as “mom,” “ma’am,” and “mother.”

‘The business of pregnancy – and yes, I say business, because the entire institution of pregnancy care in America is centered around selling this concept of ‘motherhood’ – is so intertwined with gender that it was hard to escape being misgendered,” he said.

The gendered treatment from medical staff was, overall, only part of the experience. Kaspar-Williams not only loves being a dad, but he loves that he was able to carry his son.

“Nothing feels stronger than being able to say I’m a dad who created my own child,” he said, adding that doing so while isolated during the pandemic felt like “the absolute toughest, bravest thing I’ve ever done.”

Kaspar-Williams feels only joy that he will one day be able to share with his son that he was the one who carried him.

“Children see love, they see patience, and they see commitment,” he said. “My son will no doubt accept that he came from me, just as he accepts all the other love and beauty around him – with open arms.”

In the meantime, Kaspar-Williams is enjoying fatherhood.

“When he discovers he can do something new, and runs over to me shouting, ‘Dada!’ – that is my best moment.”

But he hopes people can learn to stop equating pregnancy with womanhood.

“It’s a false equivalency that all women can become mothers, that all mothers carry their children, or that all people who carry children are mothers.”