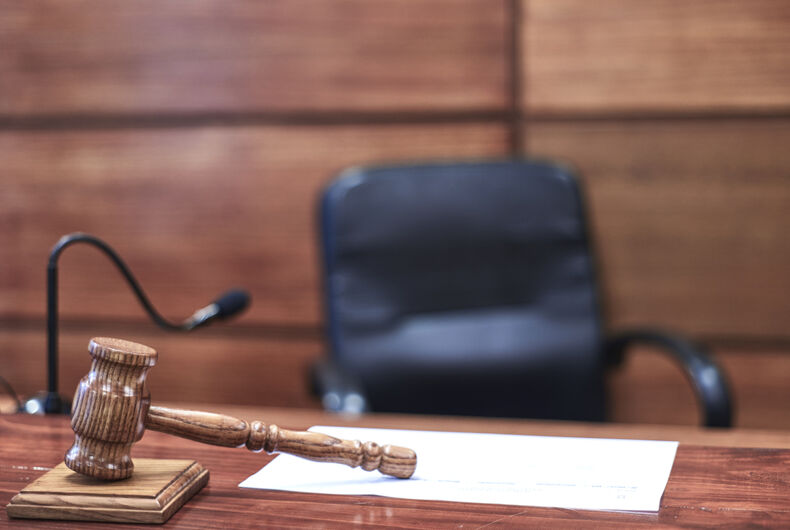 The Michigan Supreme Court has killed a campaign fighting for a state law to protect LGBTQ people from discrimination in housing, employment, and public accommodations.

On Tuesday, the court declined to hear an appeal from Fair and Equal Michigan, whose petition to have an anti-LGBTQ discrimination law considered by the state legislature and potentially as a ballot measure was rejected by the Board of State Canvassers.

The petition sought to revise Michigan’s 1976 Elliott-Larsen Civil Right Act to include LGBTQ people, but the Board deemed thousands of the petition’s signatures invalid, leaving it about 76,000 short, the Associated Press reported.

Among the many rejected signatures were those submitted virtually, which Fair and Equal Michigan sought to challenge, according to the Detroit Free Press.

The order rejecting the appeal merely said that “the Court is not persuaded that it should grant the requested relief.”

Fair and Equal Michigan co-Chair Trevor Thomas said the group won’t give up hope that LGBTQ rights will be codified in the state.

“While we are disappointed that the court won’t act to recognize legally-valid signatures thrown out by the state,” Thomas said in a statement, “it’s clear the best opportunity to achieve LGBTQ equal rights in Michigan is to place full focus on Attorney General Dana Nessel’s historic case currently before the Michigan Supreme Court.”

Read our statement in full following today's disappointing decision by the Michigan Supreme Court to not hear our case. We are proud of the support we have built for our cause and will continue to push for equal rights in the courts in the legislature. #mileg pic.twitter.com/2bUsEP2JiA

The “historic case” to which Thomas is referring involves an appeal to a lower court ruling that found Elliot-Larsen does not protect against discrimination based on sexual orientation, despite banning discrimination on the basis of sex.

The lower court ruled that gender identity is protected under the current law but that sexual orientation is not, according to the Associated Press.

“It’s long past time for our state to recognize sexual orientation as protected from discrimination under the law,” said Attorney General Nessel (D) in a statement last week announcing the appeal.

Thomas also added that the Fair and Equal Michigan team remains proud of the conversation they started.

“After 38 years of lawmakers ignoring us, we set out to collect and leverage citizen signatures to compel lawmakers to finally come to the table and negotiate — and for that we succeeded,” Thomas said. “That conversation will continue until Elliott-Larsen is finally amended.”