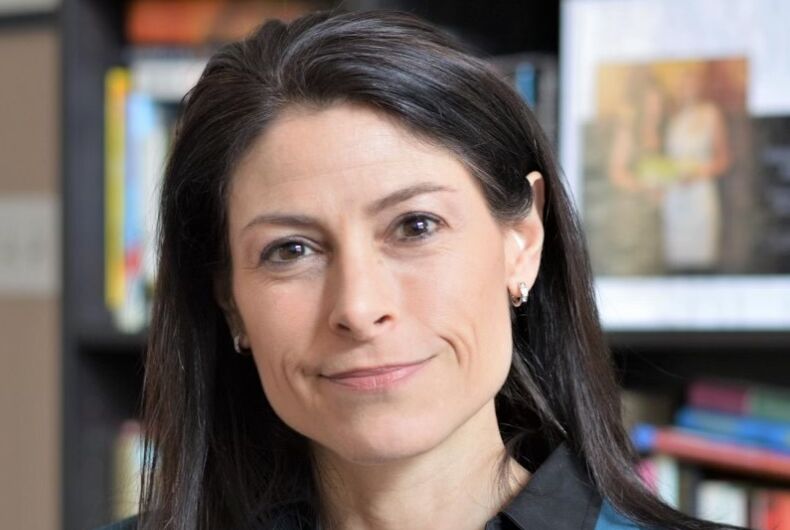 She is only the second out attorney general in the United States and has used her position to call out anti-LGBTQ injustices and make life better for LGBTQ people in her state.

A graduate of the University of Michigan and Wayne State University Law School, Nessel lives in southeast Michigan with her wife and twin sons.

Throughout her career, she has served as both a civil rights attorney and a criminal prosecutor. She is also the founder of the Fair Michigan Justice Project, which collaborates with the Wayne County Prosecutor’s office to investigate hate crimes against LGBTQ people.

Clearly, Nessel is an extreme advocate of LGBTQ rights and identifies as a lesbian herself. As an attorney, she was part of a pivotal marriage equality case in Michigan, and she has continued to use her platform to make life better for LGBTQ people.

Nessel not only supports same-sex marriage (and is in one herself), but she was pivotal in the fight for LGBTQ Michiganders to be able to marry legally.

In 2014, a federal judge struck down Michigan’s ban on same-sex marriage as unconstitutional in the case of DeBoer v. Snyder. Nessel was an attorney on the case.

In July, Michigan’s Supreme Court ruled that employers, landlords, and others in the state can’t discriminate based on sexual orientation or gender identity, a major victory for the LGBTQ community. And it was due in big part to Nessel, who argued the case before the court in March.

“Our residents deserve to live in a state that recognizes the value of diversity and rejects the notion that our own civil rights law could be used as a tool of discrimination. This ruling is not only a victory for the LGBTQ+ community, but for all Michigan residents, and one that’s long overdue,” Nessel said.

As Attorney General, Nessel has been advocating for the adoption rights of LGBTQ couples.

As part of a lawsuit settlement, Nessel nixed a law allowing adoption and foster care centers to discriminate in the name of their “religious beliefs.”

However, a judge ultimately sided with the “religious freedom” argument after a Christian adoption agency sued.

In 2021, she enacted a transgender policy for her department to ensure trans and nonbinary employees, clients, etc… were treated with respect.

In April 2021, she tweeted in response to a West Virginia anti-trans sports ban, writing, “I will never get used to watching officials enact laws just for the sake of furthering discrimination. Trans kids already are at enormous risk of suicide. If you ran for office just to hurt vulnerable children, you have no business being in govt. My heart aches for these kids.”

And when Texas Attorney General Ken Paxton (R) tweeted odiously in March, “Rachel Levine is a man,” Nessel clapped back: “Paxton is a walking hate crime.”

This past summer, Nessel was one of 16 state attorneys general to sign a court brief opposing Florida’s Don’t Say Gay law.

She also recently blasted the numerous Republicans who have sought to criminalize child attendance at drag queen performances, calling it a “not a problem” and a needlessly divisive wedge issue.

“Drag queens are entertainment,” she added, according to The Detroit News. “And you know what I’ll say that was totally not poll-tested, I’d say this, ‘A drag queen for every school.’”

At other points, she called drag queens “fun,” stating that they can help cheer up children with “emotional issues” and “make everything better.”

Dana Nessel is a warrior for LGBTQ rights.

Stay informed about her campaign by subscribing to the LGBTQ Nation newsletter.

Five people who are putting a face to asexuality