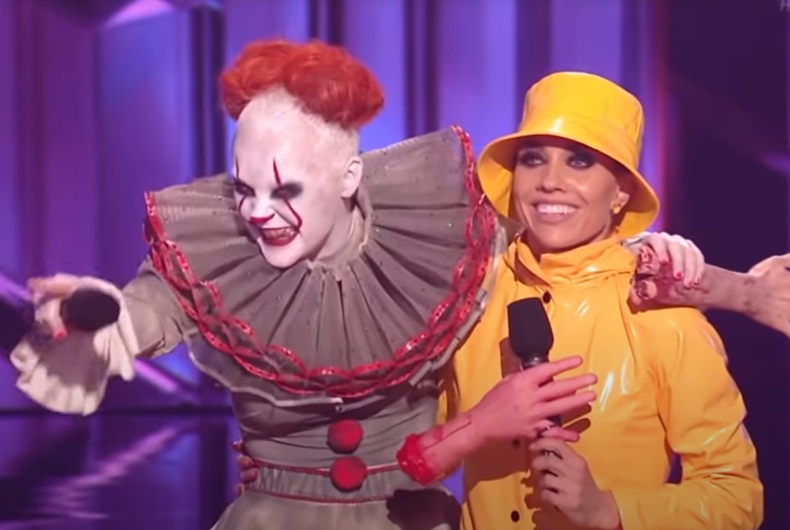 JoJo Siwa and Jenna Johnson – the first same-sex pairing ever in the long-running ABC show Dancing With the Stars – got a perfect score last night as Siwa dressed up as the evil clown Pennywise during their jazz performance.

Dancing to Cole Porter’s “Anything Goes,” Johnson wore a yellow raincoat, a reference to Georgie from the Stephen King novel It.

The women got 40 out of a possible 40 points from the judges on the Halloween episode.

“If ever a dance captured the flavor of a book, that was it,” said judge Len Goodman.

Throughout her segment on the show, Siwa stressed how much she – like a lot of queer people – loves dressing up for Halloween.

This is the pair’s second perfect score on the season so far; they got a perfect score last week for their Grease-themed fox trot performance.

“It’s going to be tricky, but it’s going to give so much to people out there — people of the LGBTQ community, people who feel just a little different. It’s going to give them a sense of happiness,” said Siwa when her appearance on the show was announced.

Siwa is a kids-pop sensation, known for her appearances on reality television shows like Lifetime’s Dance Moms, her hit songs directed at a younger audience like “Boomerang,” and her positive presence on social media. She came out earlier this year and later introduced the world to her girlfriend.

This ad is being called the “Gayest Commercial of 2021”