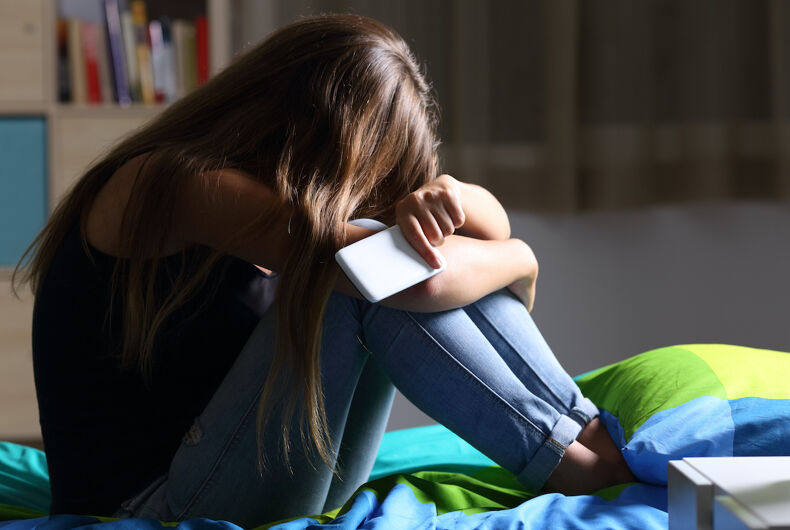 This year so far, roughly 4,000 transgender and non-binary youth in Texas have called The Trevor Project, a suicide hotline for LGBTQ youth.

They’ve told The Trevor Project’s crisis counselors that they’re feeling stressed, using self-harm, and considering suicide because of the wave of anti-LGBTQ laws being considered by their state’s legislators, the Los Angeles Blade reported.

Furthermore, crisis contacts to The Trevor Project within the state have increased 150 percent during 2021 compared to the same period from last year.

“The Trevor Project’s crisis counselors have been hearing from transgender and non-binary youth in Texas who are scared and worried about anti-trans laws being debated in their state — and some have even expressed suicidal thoughts,” Amit Paley, CEO and Executive Director of The Trevor Project told the aforementioned publication.

“This is a crisis. We urge Texas lawmakers to consider the weight of their words and actions — and to reject [anti-trans legislation],” Paley added.

This year’s slate of anti-trans bills included one to ban trans students from playing school sports and another bill that would redefine child abuse to include parents who allow a doctor to give their trans children gender-affirming health care.

Ricardo Martinez, the executive director of Texas Equality, told the Texas Signal, “This is all placating to a small, but loud fringe minority, and for anti-LGBTQ and anti-equality legislatures, this is just another opportunity to garner some votes.”