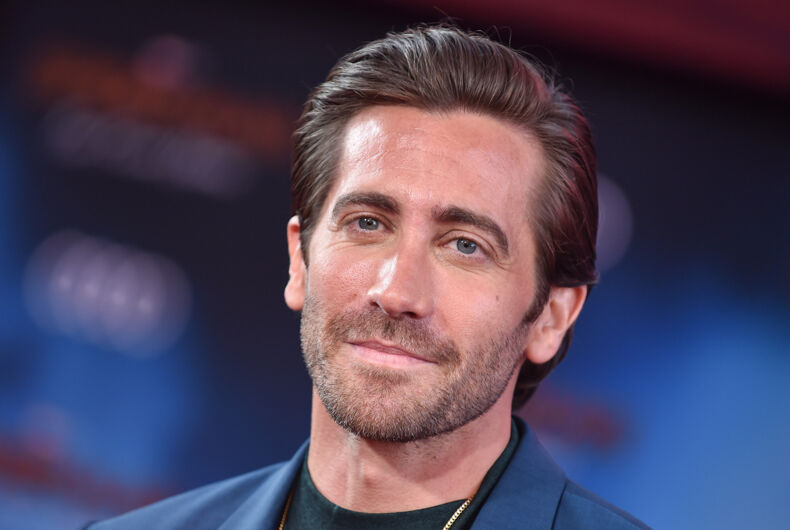 Jake Gyllenhaal said that there was a lot of “stigma” associated with playing the role of a gay man in the 2000s when he starred in Brokeback Mountain, and said that it was important for him and Heath Ledger to play those roles anyway.

“Part of the medicine of storytelling is that we were two straight guys playing these parts,” he told the Sunday Times. “There was a stigma about playing a part like that, you know, why would you do that?”

Earlier this year, British showrunner Russell T. Davies said that he doesn’t cast straight people to play gay characters because he wants “authenticity,” not “acting gay” as “a bunch of codes for performance.”

“You wouldn’t cast someone able-bodied and put them in a wheelchair,” he said in an interview. “You wouldn’t Black someone up. Authenticity is leading us to joyous places.”

Several gay actors have publicly disagreed with Davies, including Neil Patrick Harris, who said it’s “sexy” for straight men to play gay men if they “invest a lot into it.”

“In our world that we live in you can’t really as a director demand that [an actor be a given sexual orientation],” he said. “Who’s to determine how gay someone is?”

Gyllenhaal adds another dimension to the debate. While white people have been playing characters of color for decades in Hollywood – a practice that has been widely criticized as appropriative and racist – straight actors were more hesitant about playing queer characters in the past than they are today.

It’s something Gyllenhaal probably remembers. When Brokeback Mountain was released in 2005, it hadn’t even been two years since homosexuality was banned in large parts of the country. The movie drew backlash even in mainstream media, getting called “Fudgepack Mountain” on MSNBC and Gyllenhaal’s character Jack Twist labeled a “sexual predator” by the Today show’s film critic for pursuing a relationship with another man.

Playing a queer character even led to rumors that he was gay or bi. (He responded at the time: “I’m open to whatever people want to call me. I’ve never really been attracted to men sexually, but I don’t think I would be afraid of it if it happened.”)

When Gyllenhaal was asked by the Sunday Times if there would be “a different reaction” to two straight men playing Jack Twist and Ennis del Mar today, he responded: “I don’t know, maybe?”

“I think it was very important to both of us to break that stigma,” he said.

“I think that has led the way towards people saying, you know, people of all different experiences should be playing more roles, that it shouldn’t be limited to a small group of people. And I believe that.”