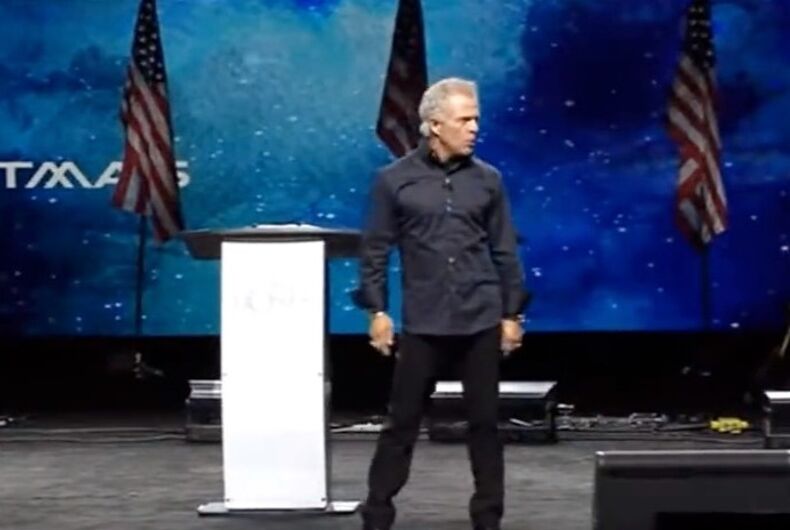 Televangelist Kent Christmas is one of the evangelical Christian ministers who are obsessed with LGBTQ people.

But this time, he may have exceeded his own standards.

“We have all of this going on – for the last couple of 20, 30 years. And while we’re building the biggest churches, never have Christians’ children been more taken over by homosexuality than they are right now,” Christmas told parishioners from the pulpit.

“If I asked each and every one of you to stand that has a son, daughter, niece, nephew, brother, or sister that is gay, half of you would stand up in this building.”

“Because it is a demonic spirit that’s come after our seed! And the church that God is rising up in this hour is going to have authority over that!” he shouted at his flock.

Christmas considers himself a “prophet” and regularly predicts the end of the world and retribution from God that never happens.

Right-wing pastor Kent Christmas says that Christian children are being "taken over by homosexuality": "It is a demonic spirit that has come after our seed." pic.twitter.com/dKWlSZNTne

Helping a community in need