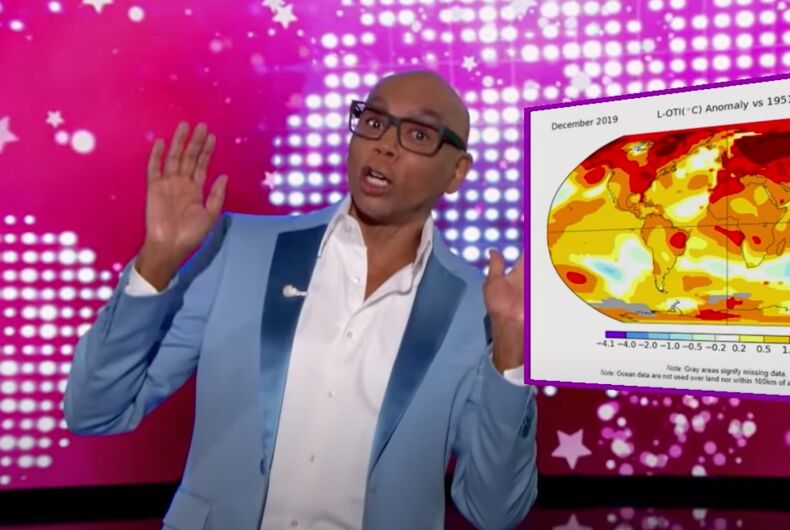 RuPaul hosted Jimmy Kimmel Live and everyone is still talking about itPhoto: Screenshot

Legendary entertainer RuPaul guest-hosted Jimmy Kimmel Live this week and everyone is still talking about it.

With a splash of “gay news” and a “cockpit” joke, Ru won the audience over quickly – and sent a message to the idiots who refuse to wear a mask on airplanes to prevent coronavirus.

Related: RuPaul drops this gendered “Drag Race” catchphrase in favor of an inclusive one

Ru started out by gently mocking the Transportation Security Administration (TSA) for their new “Unruly Behavior Doesn’t Fly” campaign by suggesting they rename it, “Be cool or we will kick you in your cockpit.”

He gave three quick pointers for unruly passengers that should be mandatory on every flight – from not imbibing more cocktails than there are flight attendants, to where to keep their baggage. But it all summed up easily.

“So put your mask on, watch the ‘Boss Baby,’ and shut the fuck up, bitch!”

Ru moved on to “gay news” (because the way news is normally presented is soooo “hetero”), ending with a big laugh after a sly dig at the game show Jeopardy‘s recent tribulations.

“Sources say the show is now looking for someone with poise, authority, and natural intelligence,” he quipped. “I’m right here, bitch!”

The star recently revealed that the most unexpected fan of his hit show Drag Race was the late basketball star Kobe Bryant.

U.S. Marshal says he was fired for standing up for a lesbian facing horrific harassment

Most straight Americans would be uncomfortable with an HIV+ doctor