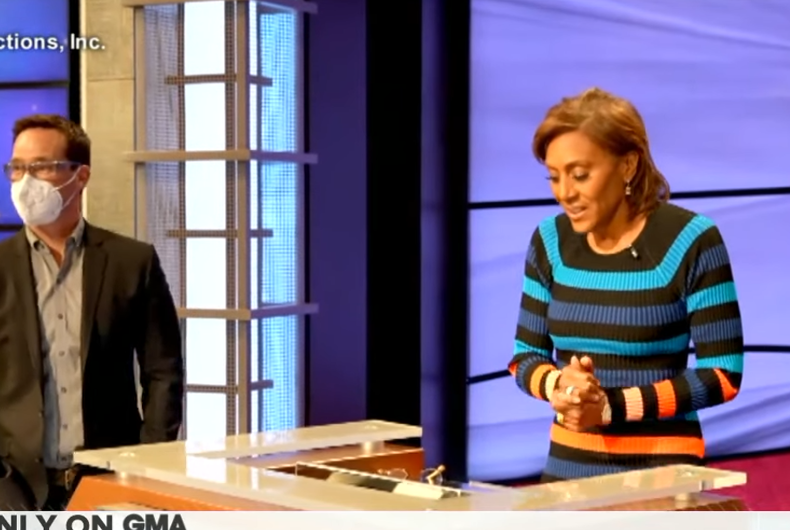 In the history of television, there has been an abundance of game shows. Few of them have come close to the allure and glory that Jeopardy! achieved. With Alex Trebek as host for over 35 years, it’s no surprise.

Trebek’s death due to cancer late last year has sent the show into a spiral —not only by losing all the luster Trebek gave it at the helm, but completely failing to even name a definite successor, nearly 10 months later.

It’s become clear that Mike Richards, the show’s executive producer announced first in 2019, had long wanted a hosting job, and he believed the legendary, near-royally respected Jeopardy! gig as his best shot.

After Trebek’s passing, Richards and Sony Pictures Television, his employer and the show’s production company, undertook a highly-publicized, supposedly open competition for the job by bringing in several guest hosts before they announced their permanent choice.

Yet, Richards ended up using his role as the final decision maker to select… himself, in a fashion now oft-compared to how Dick Cheney headed George W. Bush’s committee for selecting his vice presidential nominee, just to select himself. Big Bang Theory actor Mayim Bialik was chosen to host primetime specials and other projects.

Now, after reports of repeated offensive comments, Richards has been forced to resign as host, but managed to keep his job as a producer. Bialik has to start filming this season as if she’s the full-time host, although she’s not promised to get that gig since producers are restarting the search – to replace Richards now.

The show didn’t bring in many viable options as guest hosts; their run of supposed “competitors” included out journalists Robin Roberts and Anderson Cooper, both of whom have full-time, front-of-camera jobs already, and who were likely not ever seriously thinking about leaving them.

The whole debacle is especially embarrassing when there are plenty of qualified, capable people with star power, public appeal, and experience posturing for cameras that could have managed well — if they were at least given the opportunity.

Here are nine out entertainers as options, but, then again, after the rampant incompetence shown by the show, they may not want the job.

Yes, Eichner is a comedian best known for his Billy On The Street show where he chased tourists around Times Square to ask them silly questions. He may not be the kind of person that comes to mind first when thinking of serious, intense game shows, but Eichner’s certainly capable of coming up with quick, witty responses to people’s remarks on the fly — something Trebek and other game show hosts also had a knack for.

Eichner’s stint on the street also kept him culturally aware and very comfortable being around people. Plus, it’s well-documented how intuitive Eichner is, even if he hasn’t always had as much tact to go with it — just ask Colton Underwood.

Bowen Yang is yet another comedian whose resume may not be as extensive as others, but he’s long proven his ability to make everything hilariously fabulous. His addition to the Saturday Night Live cast after serving as a writer for the longtime skit show has been nothing but success for him and the storied franchise.

Yang’s even made an iceberg funny. What show could he not improve dramatically?

Most recognized for his years revolutionizing online entertainment as a YouTube personality, Melvin, 26, could easily take any show and lead it to creative excellence, just as he did with his longtime This is a Commentary series and bold self-operated Tré Melvin TV subscription service.

Melvin’s risque remarks and his vibrant personality are exactly why he was named as one of Good Morning America‘s Inspiration List for trailblazing LGBTQ personalities this year.

Laverne Cox seems to have done it all, winning Emmy nominations for her acting while becoming a globally recognized advocate, influencer, producer, and primetime entertainer.

In May she was named the top host of all red carpet coverage on the E! Network, so she’s booked for the foreseeable future. But when you consider her work creating and starring in new television shows, but it’s senseless to try to deny her clear affinity for the cameras, proud vulnerability, and her unfettered personality.

From one man shows to Instagram videos to blockbuster films, Leslie Jordan’s unmatched personality and outlandish ways provide plenty enough argument toward hiring him to do more of, well, anything. He has competed on television before, albeit as a contestant on Celebrity Big Brother UK. He’s also judged on RuPaul’s Drag Race and most recently starred on the sitcom Call Me Kat, led by current interim Jeopardy! host Mayim Bialik.

Most important of all, though, Jordan has shown that he has no problem getting with the times by becoming an internet sensation. He continues to stay in touch with the hot topic of the moment — while still bringing his experience for drama to the table.

There are very few people that anyone would want by their side when they’re down to the wire, trying to win a game show on television. Rickey Thompson should be high on that list for a lot of people. His uplifting and passionate social media videos, complete with inspiring speeches and relatable demeanor has captivated millions for a reason.

His range is clearly dynamic, as he’s starred on YouTube shows, become a judge on reality television, and incorporated himself perfectly into hip hop music videos. One day hosting and the internet would drown in the amount of meme-worthy reactions or remarks he could make, a la Steve Harvey on Family Feud.

The enthusiastic multi-hyphenate Sherry Cola is still vastly unrecognized for the number of great performances she’s given on-screen, but she’s making herself a budding star for the future.

In her recent appearances on game shows Celebrity Family Feud and SafeWord, daytime talk show The Real, and comedy talk show The Liberal Conspiracy, she’s showcased her abilities in more serious, in-depth acting roles just as well as she has in off-the-cuff, impromptu entertainment gigs.

Although she’s just confirmed publicly that she is out, Queen Latifah has long proven her ability to master the cameras no matter the format. She’s appeared on stage for over 30 years and could make any show more enjoyable, if for no reason other than her unapologetic commitment to being herself every step of the way.

Queen Latifah’s also one of the rare public figures that has near-universal appeal, no matter where you go in America. Plus, there’s not many people that you can use the title of “Queen” for and have it widely accepted like this Queen does.

It may seem early in her stardom to suggest her as a game show host, but what adult doesn’t take games more seriously than an 18-year-old?

By becoming a child star through reality shows like Dance Moms and stints on Nickelodeon, JoJo Siwa has already cemented her appeal with generations to come. Her courageous and sly coming out earlier this year gave us a taste of what Siwa brings as a bubbly and positive personality, even when most others wouldn’t. That can help in those awkward or disappointing moments during a game show, moments that separate great hosts from the rest of the pack.

Also, she already has her own cereal, so a heavily-sponsored game show stint is only the next natural step for an atypical American celebrity star of her skyrocketing profile.

U.S. Marshal says he was fired for standing up for a lesbian facing horrific harassment