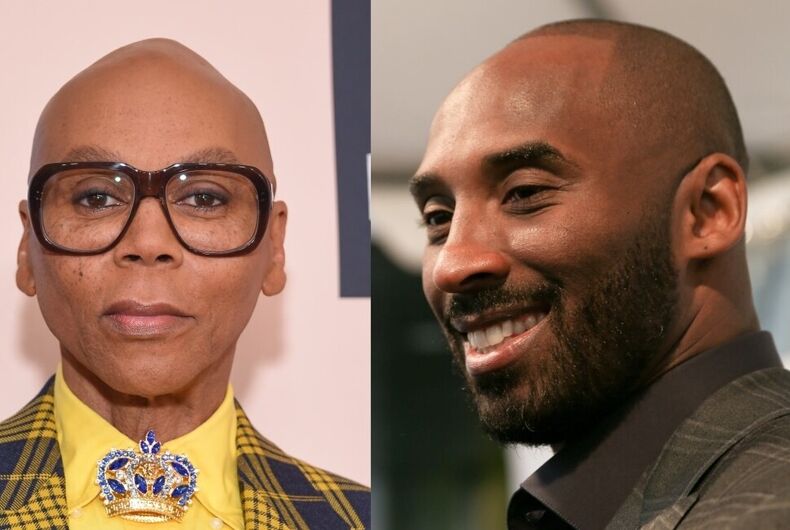 On a recent episode of the Ellen DeGeneres Show, world-famous drag queen RuPaul sat for an interview with the show’s guest host, Loni Love.

RuPaul was asked who he had “least expected” to be a fan of the drag competition show. His answer was none other than five-time NBA champion Kobe Bryant.

Bryant, who played for the Los Angeles Lakers for 20 seasons, is generally considered one of the best basketball players in history. He is also world-renown for his “Mamba Mentality” mindset, based on his “Black Mamba” nickname and the intense training he would undertake.

Before passing away in January 2020 following a helicopter crash while travelling with his daughter, Gianna, Bryant had earned three Olympic Gold medals and an Academy Award as a producer of the short film Dear Basketball.

So when RuPaul, with his husband Georges LeBar, ran into the athlete at a hotel in New York, he was pleasantly surprised that Bryant knew about his long-running drag reality show. This was likely in 2017, based on an Instagram post by Bryant’s wife Vanessa.

“Kobe and his wife were in the lobby, and they said that they watched the show, and I was surprised by that,” RuPaul said. “That surprised me.”

“Wow,” Love said in response, “It’s moments like that that you love, that you know you’re doing something good.”

“I knew that people would love that part of it, the celebration of drag,” Ru said of his show, which aired on network television for the first time this year since premiering in 2009. “I didn’t know it would be as big as it is.”

Love, who was also a guest judge on the most recent season of RuPaul’s Drag Race, dished with RuPaul about their love for wigs. RuPaul discussed his health (“my doctor said I have a prostate of a 25-year-old,” Ru remarked), his former days on the road as a performer, and his several Emmys.

“I have eight Emmys, but I still don’t have a BET Award,” Ru said, “or the CableACE Award. Remember those?”

Love responded, “They still make them?”

Unvaccinated patients are “shocked” that COVID-19 is real