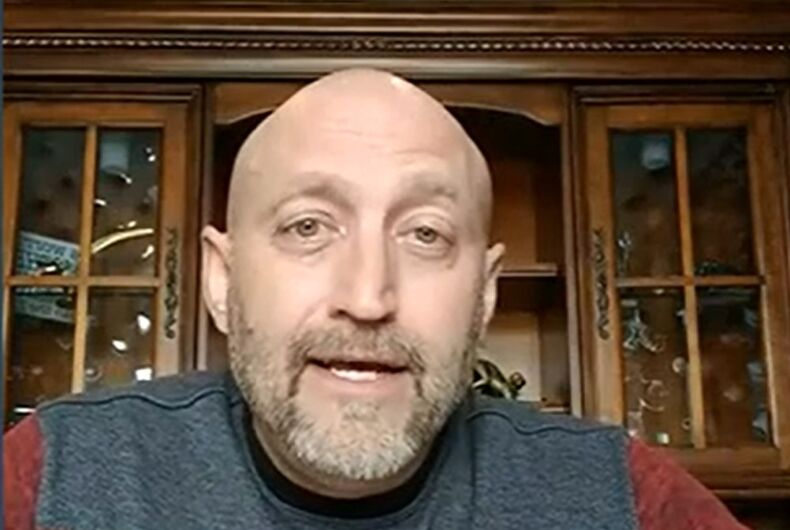 A police officer facing charges for allegedly storming the Capitol on January 6 is now angry that the Republican Party is supporting “alternative lifestyles” and demanded conservatives “rise up” against “the homosexual lifestyle.”

Kevin Tuck, formerly of the Windemere, Florida Police Department, was arrested in July in connection to the Capitol Insurrection, where supporters of Donald Trump attacked the Capitol to prevent Congress from certifying the vote in the 2020 elections. They chanted for the death of former Vice President Mike Pence while trying to prevent the election’s results from being accepted so that Trump could stay president. Five people died.

Tuck was arrested – along with his son Nathaniel Tuck, who is also a police officer in Florida – and he soon resigned. Now he’s ranting on YouTube about how he believes it’s unjust that people are getting arrested for rioting in Congress.

“Patriots were fed up – fed up,” he said about that day, calling himself “Pastor Kevin.”

“Patriots are being arrested left and right for trespassing. You’ve got to be kidding me,” the veteran police officer said.

He told conservatives to “rise up” and said that the GOP is supporting “alternative lifestyles.”

“The Republican Party is weak,” he said. “We need to rise up and be conservative again. Do you remember what conservative means, Republicans? Hear me out: We are embracing the homosexual lifestyle as if this is normal.”

After posting the video, he talked with WFTV 9’s Karla Ray. She asked him what gay people have to do with the Capitol Insurrection.

“Was that your motivation for going to Washington?” she asked. He said he couldn’t answer without talking to his attorney first.

Prosecutors say that Tuck texted his family immediately after the insurrection: “We stormed the Capitol, fought the police, took the flag. It is our flag.”