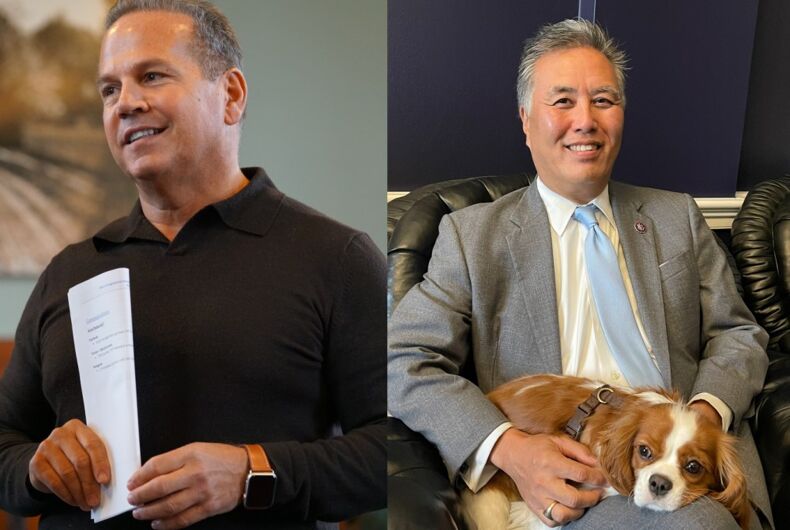 “Our government spent years persecuting or wrongfully terminating LGBT individuals for no reason other than they loved the wrong person,” Rep. David Cicilline (D-RI) said in a statement. He and Rep. Mark Takano (D-CA) introduced the resolution in the House.

Related: Six decades later, the Lavender Scare is still with us

“The call to service is one of the greatest acts of patriotism, but to be denied that opportunity because of who they were is one of our country’s greatest injustices. It’s long past time the government acknowledged this horrific practice, apologize to those who were harmed and commit to full equality for all Americans.”

The text of the resolution calls out numerous instances of discrimination perpetrated by the U.S. government against LGBTQ people in civil service or in the military, including the Lavender Scare, in which 5000 people accused of being gay were fired from the federal service and even more lived in fear of being outed.

The Lavender Scare grew out of a moral panic in the 1950’s and also fear of Communism, which straight people at the time associated with homosexuality. President Dwight D. Eisenhower issued an executive order that said “sexual perversion” was a fireable offense in 1953. It wasn’t until 1975 that the government said that it would consider gay people’s job applications on a case-by-case basis, and only because a federal judge ordered the government to.

And even after that, the State Department, the CIA, and other agencies continued to deny security clearance to people because of their sexual orientation until a 1995 executive order from President Bill Clinton told them to stop the practice.

The resolution also calls out the military for its long history of anti-LGBTQ discrimination. Gay, lesbian, and bisexual people were banned from military service until Don’t Ask, Don’t Tell (DADT) was passed in 1993, and that law forced LGB people to live in fear of being discovered in the military even though it was supposed to be a step in the right direction.

“LGBT civil servants and servicemembers have served with honor, distinction, and often, in the face of intense discrimination and fear of termination,” Takano said.

Sen. Tammy Baldwin (D-WI) introduced a similar resolution in the Senate with 17 colleagues.

One in four LGBTQ young people now identify as non-binary