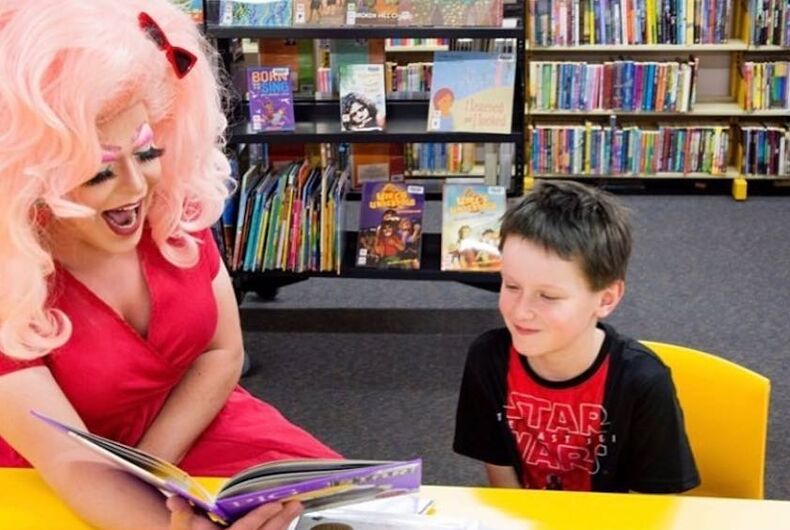 A high-ranking state official in Alaska was caught posting extreme messages online, including a call to murder a drag queen and racist messages, under a pseudonym. Now the state says that he is under investigation.

The Guardian said that it received information about an extremist Twitter account that was allegedly run by Alaska Assistant Attorney General Matthias Cicotte from anti-fascist researchers.

Many of the tweets under the handle – which used the name “J Reuben Clark” – repeated conspiracy theories about Jewish people, saying that they secretly run industries like media and banking and that they are involved in several plots against the “white race.”

Under the pseudonym in 2016, Cicotte wrote about when “real history was taught in school, angry yentas didn’t rule, white men didn’t play the fool.”

He kept on attacking Jewish people until this year, when he tweeted that Jewish Republicans trying to get Rep. Marjorie Taylor Greene (R-GA) expelled from the House were trying “to combat the conspiracy theory that Jews run everything by getting any member of Congress they don’t like expelled from Congress.”

Cicotte expressed disdain for Black people, saying that the idea that racism exists is “purely a tool to control people on the right.” He asked followers to “try to think of an example of an accusation of racism that helped the right, or Christians, or whites in the last 10 years.”

“The Civil Rights Act of 1964 and its Consequences Have Been a Disaster for the Human Race,” he tweeted last year. He also said that he believed it’s not racist to say that “some racial groups have higher IQs than others” and called Black Lives Matter a “criminal enterprise that murders people and destroys property.”

His anti-LGBTQ messages were targeted and violent.

“This demon should be burned to death and everyone responsible for that library event should be in prison,” he wrote about a drag queen who read books to children in 2017.

“People who encourage a kid to think he’s a different sex than what he is (including parents) go to jail for child abuse,” he wrote last year, adding that “the death penalty” is appropriate for “people who perform or abet sex change operations on kids,” even though no one even does that.

While Cicotte thought that people who support trans kids deserve the death penalty, he didn’t think that Kyle Rittenhouse – who shot and killed two Black Lives Matter protestors last year in Wisconsin – deserved the death penalty, worrying that Rittenhouse was “gonna get screwed like James Fields,” a white supremacist who drove his car into a crowd of liberal protestors in Charlottesville, Virginia in 2017 and killed Heather Heyer.

“If brute violence is the only way to be free of them, what do they expect us to do?” he wrote about the left in general in 2017.

The Guardian said that numerous clues linked the J. Reuben Clark Twitter account to Cicotte, including the fact that that’s the name of Brigham Young University’s law school, which Cicotte attended.

The account tweeted for years and said things that matched Cicotte’s life story, like the length of his marriage, the name of his criminal law professor, the number of times he moved, the years he was at various colleges, the type of car he owned, and the day he bought his house. He also mentioned losing a significant amount of weight, and The Guardian found pictures of Cicotte on his wife’s Facebook account that match his description in the Reuben account.

“The department of law takes the allegations raised here seriously, and we uphold the dignity and respect of all individuals and ask that all of our employees do the same,” said Alaska Deputy Attorney General Cori Mills. An investigation into the tweets has been opened.

Cicotte has not commented on the matter.

Will the American government apologize for discriminating against LGBTQ people for decades?