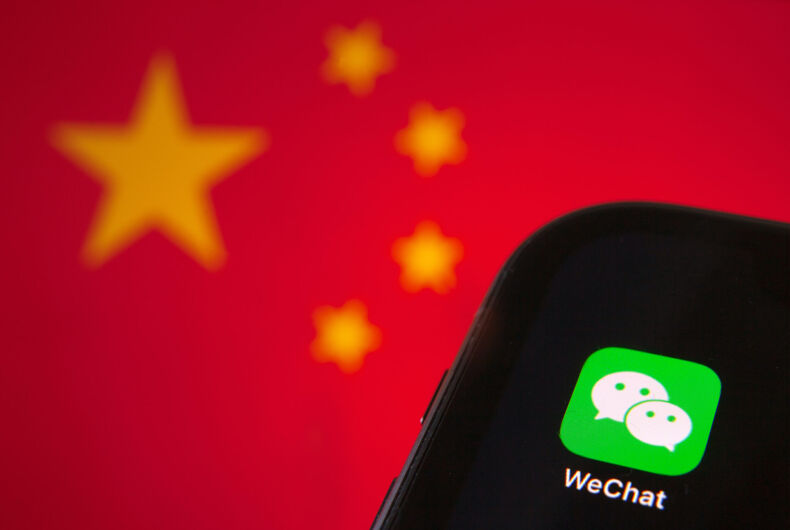 A WeChat icon and the Chinese flagPhoto: Shutterstock

WeChat, China’s largest social media platform, has deleted dozens of LGBTQ-related accounts run by non-governmental organizations and student groups. While the platform said these accounts “violated” the platform’s policies, it provided no further details, raising fears of a growing crackdown on LGBTQ groups and content in the country.

Most of the deleted groups had existed for years. Some were registered as university student groups while others operated unofficially, CNN reported. The groups offered support, ranging from book and movie recommendations and resources for psychological help as well as places to converse about LGBTQ issues or for organizing group outings.

On Wednesday, the U.S. State Department said it was “concerned” that the accounts were deleted for “merely expressing their views, exercising their right to freedom of expression and freedom of speech,” the BBC reported.

In June 2017, the country also banned LGBTQ content from the internet, including video and audio content that display “abnormal sexual behaviors,” such as homosexuality. The ban has been unevenly enforced by the China Netcasting Services Association, a government agency.

In April 2018, Weibo (basically China’s Facebook) banned all LGBTQ content, stating it was pornographic. However, the company backtracked after users flooded the social network with images of rainbows, same-sex kisses and a hashtag that translated to #Iamgaynotapervert.

China also cut the gay relationships and any mention of HIV out of 2018 Freddy Mercury biopic Bohemian Rhapsody, leaving the film largely incomprehensible.

An estimated 22 percent to 95 percent of gay Chinese men stay closeted. Many marry women to hide their homosexuality from their families. However, younger Chinese citizens support same-sex marriage, and LGBTQ spaces exist throughout the country, despite government attempts to suppress such places.