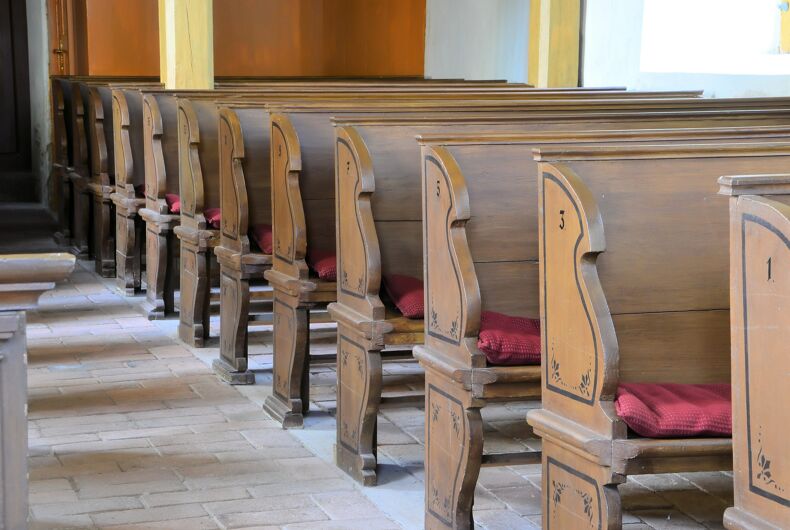 When does a culture war become a holy war? When a religious denomination throw themselves full force into the battle.

Recent developments within the Southern Baptist and Catholic denomination shows that they are gearing up to fight. It’s also proof that they look at religion just as politics by other means.

Related: This is what the Catholic church would do if they were actually worried about the children

Two weeks ago, the Southern Baptist Convention (SBC) narrowly avoided a leadership takeover by hard-right pastors who are under the belief that the SBC had become insufficiently conservative.

A moderate candidate (by SBC standards) finally emerged victorious as the denomination’s president, but only after a (figurative) bare-knuckle brawl. The ultra-conservative contingent in the denomination had mobilized to turn out in force, making a particularly hard stand against Critical Race Theory, which explores the ways in which American society still suffers from structural racism.

Critical Race Theory has been turned into one of the GOP’s favorite weapons to use for bludgeoning the Democrats into some kind of far-left threat to the country. In fact, attacking the theory also doubles as a handy excuse for them to avoid holding any serious discussion about racism in America.

That’s also true for the SBC, which has grappled with racism in its ranks for decades. It only apologized in 1995 for its past support for slavery, for context.

Like the rest of the country, the SBC is becoming less white. While the number of white Baptists is declining, the number of Black members has been increasing. The tension within the denomination really reflect the tension in the country as a whole, as the white majority that’s used to having its own way, suddenly finds itself uncertain of its future dominance.

Of course, that’s exactly why former President Donald Trump (R) appealed to so many white voters. The SBC has seen its divisions deepen considerably because so many of its members see Trump as their Moses, who will lead them out of the desert.

In fact, fealty to Trump has become a major consideration for SBC leaders. Those who dared to question Trump’s morals, like their former leader Russell Moore, have been pushed out of the group.

Not to be outdone by the SBC, Catholic bishops decided to barrel into politics by explicitly questioning President Joe Biden’s (D) fitness as a Catholic. In an undisguised attempt to brand Biden as a heretic, a majority of the bishops passed a resolution to deny Communion, the most sacred of Catholic sacraments, to him or anyone else who supports abortion rights.

Support for abortion has long been considered sinful in the Catholic Church (as are extramarital relationships, especially LGBTQ ones), but there are a litany of other political issues that the Church also condemns, many that are distinctly progressive.

The bishops are conveniently overlooking people’s support for other issues that the Vatican has explicitly condemned, like the death penalty, indifference to the poor, and the destruction of the environment. Instead, the bishops took direct aim at the country’s most famous Catholic in a way that would please Republicans and their supporters.

In fact, on Inauguration Day, the bishops issued “congratulations” to Biden that sounded a lot more like a declaration of war than welcome aboard.

So what has happened? America has become more secular and less religious, religion has responded by becoming more political. That resulted in much of what we saw during the Trump era, when leading figures like then-Attorney General Bill Barr (a Catholic) were openly calling for a holy war over issues that were reserved for political bodies, not religious ones.

Those issues, like standing against LGBTQ rights, aren’t about policy now. They are about the battle between God and Satan that the religious right believes is here.

To a certain extent, that’s always been true for them. What’s new is that denominations at least used to keep up appearances, trying to tie their political beliefs into faith, while letting their followers do the dirty work of politics.

Now politics is driving faith. Faith in God is becoming secondary to faith in right-wing politics.

No wonder the churches are seeing their memberships shrink.