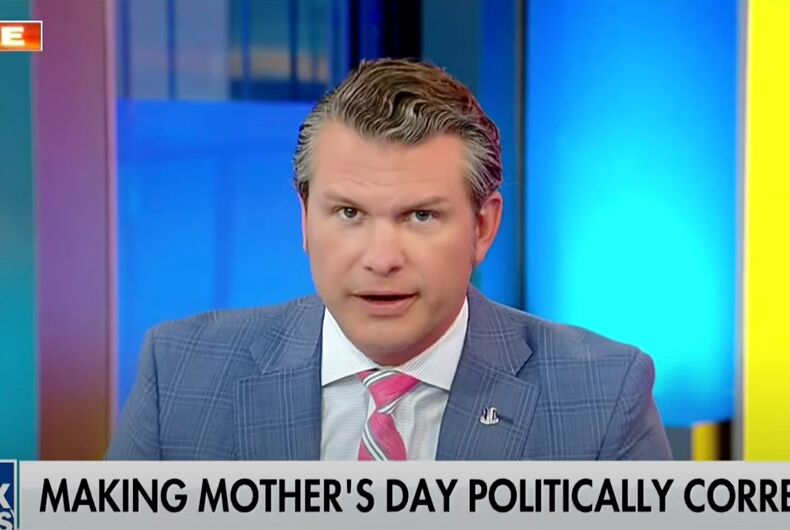 The term “birthing person” normally refers to a transgender man or nonbinary person, but two of the hosts seemed to take it personally – especially Pete Hegseth.

“If you’re a lefty, it might be happy Birthing People’s Day. Seriously! This is Democrats’…” he announced as his co-hosts exclaimed. “The new phrase they want to use is… you’re not a mother. Nope! Done! You’re a birthing person.”

He played a video of two times the phrase was used during a congressional hearing as proof. The words “mother” and “mom” were used repeatedly as well.

“I’m officially a birthing person,” co-host Pete Hegseth noted after recounting the time he was hooked to a machine to simulate the pains of childbirth. “Next time someone tells you that, tell them you’re insane! They are moms and they give birth.”

“Let me tell you something,” co-host Jedidiah Bila added. “I birthed a baby. I am a mom. I am proud of myself. I am always astonished at my body. I’m like, you know what? We’re superheroes. We women are superheroes for being able to do that. I want proper credit.”

Lawrence Jones, not to be outdone, proudly told viewers that he was a “bad boyfriend” and refused to feel simulated childbirth pains when his partner brought up the idea.

“Thank God for women,” he said. “God designed them to give birth because, whew, I can do a lot of things. I don’t think that’s for me.”

“Yep,” Bila agreed. “We have a higher pain tolerance. And I did it without drugs.”

“The left is insane,” Hegseth sagely added to the discussion about a nonexistent thing that he brought up.