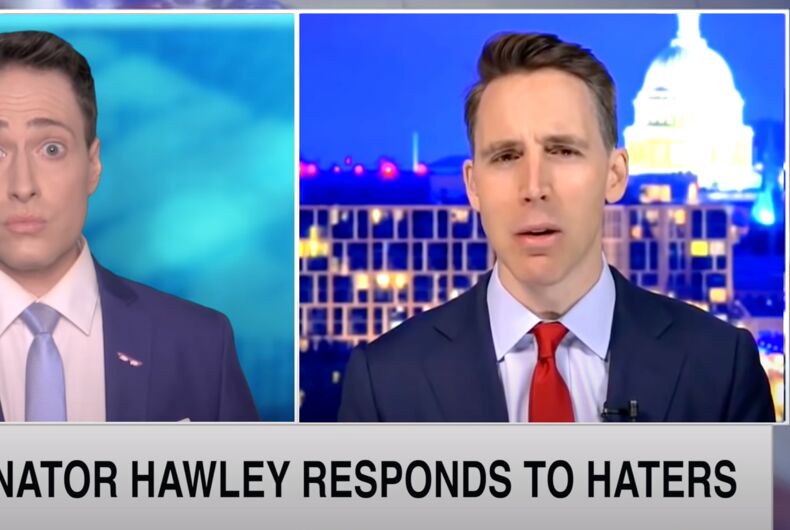 The end of the Trump presidency hasn’t spelled an end to Randy Rainbow’s career like it did for several administration officials. In fact, Trump may be out of office but Republicans are clamoring for more. From insurrectionists to serial liars, the GOP is practically a parody itself.

Rainbow’s skewers Sen. Josh Hawley (R-MO) in his latest song, a riff of “The Trolley Song” from Meet Me in St. Louis.

Related: Will the religious right suffer any consequences for its role in the Trump insurrection?

While Hawley is the star of the show, other GOP politicians like Sens. Ted Cruz (R-TX) and Mitch McConnell (R-KY) are ripe for mockery along with Rep. Liz Cheney (R-WY) who is being shunned for supporting democracy.

When you add them all together, it’s just a bunch of noise.