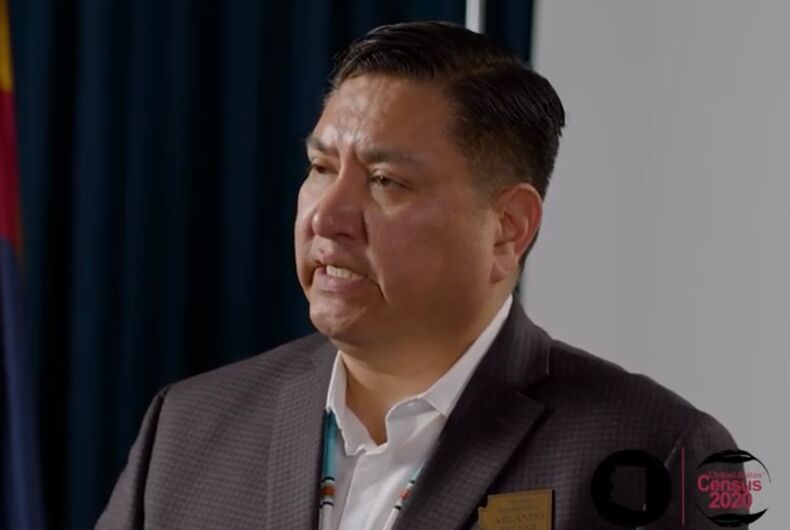 Pete Buttigieg, the out Secretary of Transportation, has added an out former lawmaker as one of his assistant secretaries, making the latest LGBTQ hire within the Biden-Harris administration.

Related: Dr. Alicia Mousseau is the first out person on the Oglala Sioux Tribe’s executive council

In a text message to the Los Angeles Blade, Teller confirmed his excitement to join the administration, especially to working on improving transportation across the country and add more representation of Indigenous people to the already diverse administration. “Elevating indigenous nations’ by the Biden administration only invigorates and encourages me to do more. Representation matters.”

He is among the Department of Transportation’s announced new hires, now that Secretary Buttigieg is confirmed.

Prior to his first election to the Arizona House of Representatives in 2018, Teller started his career in aviation working at Falcon Field Airport in Mesa, Arizona and Phoenix Sky Harbor International Airport. He also worked for the city of Phoenix and the California Department of Transportation, or Caltrans. He started working at the Navajo Nation Department of Transportation in 2009.

Teller is a 1995 graduate of Embry-Riddle Aeronautical University. He is the second Navajo person to join the Biden-Harris administration. The other is Wahleah Johns, who became the Director of the Office of Indian Energy in the Energy Department.

“Words cannot express how proud we are of these two young Navajo professionals, who have dedicated themselves to serving our Navajo people and are now moving on to the federal level to help empower all tribal nations,” the president of the Navajo Nation, Jonathan Nez, stated in a press release.

Teller’s proposed bills in the Arizona House are being “fostered” by state representative Myron Tsosie, who has also represented the 7th District of Arizona with him since their election in 2018. Since Teller resided in Apache County, their board of supervisors will select his replacement for the remainder of his term.

District 7 is larger than Pete Buttigieg’s home state of Indiana, according to the Arizona Republic.

“I am honored and humbled to have been selected by President Biden to work for his administration. I look forward to continuing my public service in this new role and am grateful for your sincere support and guidance during my time at the House,” said Teller in his resignation letter.

Teller will begin working remotely, as he is still recovering from a bout with coronavirus. Teller tested positive in November and was hospitalized for several weeks. He lost his mother to the virus in December.

I am honored and excited to work for the Biden Administration and for USDOT Secretary Pete Buttigieg. Representation…

We are ready to #BuildBackBetter https://t.co/lYwwxG771a

Excited for the newest Deputy Assistant Secretary at @USDOT the one and only Mr. @ArlandoTeller 🌈🌈

Now when can I start bugging you for transportation money in my district? https://t.co/C6eyahSST3